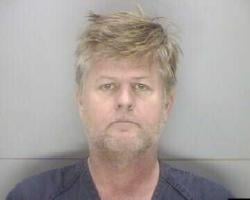 Columbia, SC (WOLO)– A Columbia man is in jail after deputies say he shot his wife in the head. Investigators say they responded to a home on Marina Rd. just after midnight Thursday morning to a report of shots fired. When they arrived they say they discovered John Madden had shot his wife and barricaded himself inside the home. After a three hour stand-off, deputies arrested Madden and charged him with attempted murder. Madden’s wife was transported to Palmetto Health Richland where she is expected to make a full recovery.