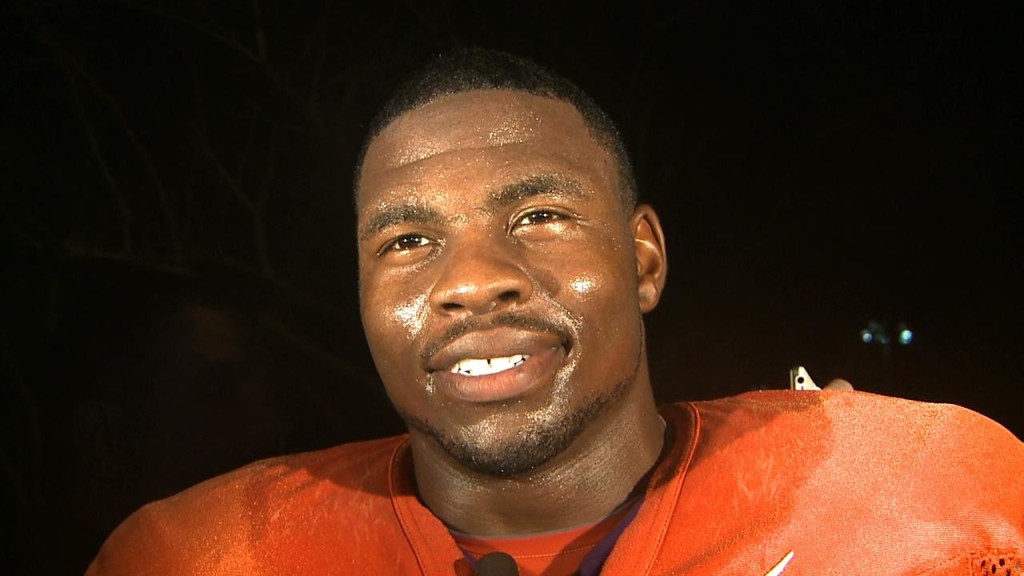 CLEMSON, SC (WOLO) — Thursday was the first day the Clemson Tiger players spoke to the media since its ACC Championship on December 3rd. Among the topics, the NFL future of junior tight end Dwayne Allen, and the holiday cheery atmosphere that was witnessed during football practice. The team had Christmas music blaring that could be heard throughout campus during the teams warm-up drills. Following practice Dwayne Allen was asked by ABC Columbia if he has made an official decision to enter the upcoming NFL Draft. Allen says he has until January 15th to make a decision will use the allotted time to think about it.