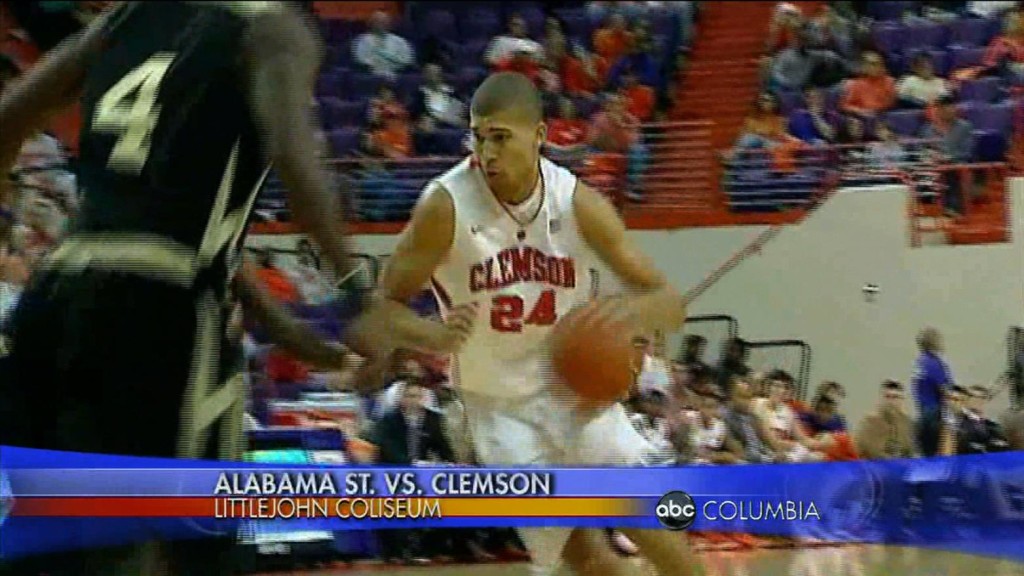 CLEMSON, S.C. (AP) — Devin Booker had 13 points and seven rebounds as Clemson overwhelmed Alabama State with its size and halfcourt defense Monday night, strolling to a 70-45 win. Milton Jennings added 12 points off the bench for Clemson (6-4), which shot 50 percent for the second straight game, this time making 24 of 48. Kenderek Washington scored 10 points for Alabama State (2-8), which attempted a 2/3 zone to try to compensate for using no one taller than 6-foot-6. But the Hornets shot just 32.7 percent (17 of 52) against Clemson’s man-to-man defense and committed 16 turnovers. The Tigers have held five of their 10 opponents this season to 50 or fewer points, winning all five games. With the score tied 3-3 after 4 minutes, the Tigers went on a 9-0. Alabama State made just one of its first 14 field-goal tries and committed five turnovers in that span. But Clemson’s lead didn’t reach double digits until two free throws by Booker made it 29-19 with 4:15 remaining until halftime. Booker’s alley-oop dunk with 35 seconds to go in the half expanded Clemson’s lead to 36-21 at the break. It marked the first time Booker has scored in double figures in the last seven games. The win amounted to little more than a tuneup for the Tigers before they travel to Honolulu to play UTEP on Thursday in the Diamond Head Classic.