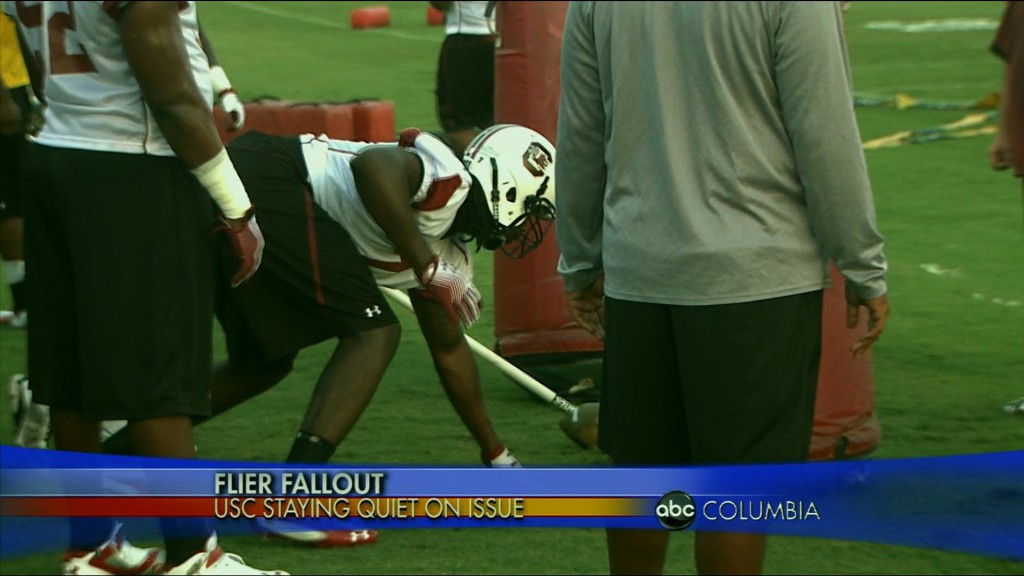 COLUMBIA, SC (WOLO) — A Rock Hill night club promotion involving two Gamecock players is still being looked into by the University of South Carolina. A party flier advertising the nightclub and drink specials was made using the name and images of Jadeveon Clowney and C.C. Whitlock. The use of images and names of a NCAA athlete to make money for a business can be a potential NCAA violation for South Carolina. The party that is being advertised is at a place called Club Cascade in the Rock Hill area. The party promoter Justin Ford said to the Sports Talk Radio Network the flier is okay for advertising. “It’s a family thing,” said Ford. “The person that set it up is cousins with C.C. They said they might not be able to make it. Everything is legit because they family.”