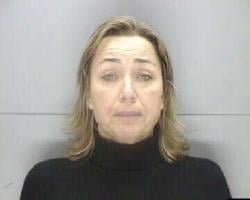 Irmo, SC (WOLO) A Chapin woman accused of stealing millions from her employer is behind bars. Police say 43 year old Chandra Padgett is charged with stealing more than $2 million from a doctors office where she worked as an office manager. Authorities say Padgett used the money to take vacations and even pay her personal credit card bills. Police allege the theft took place from January of 2010 to December of this year.

The Largest Hailstone in US History