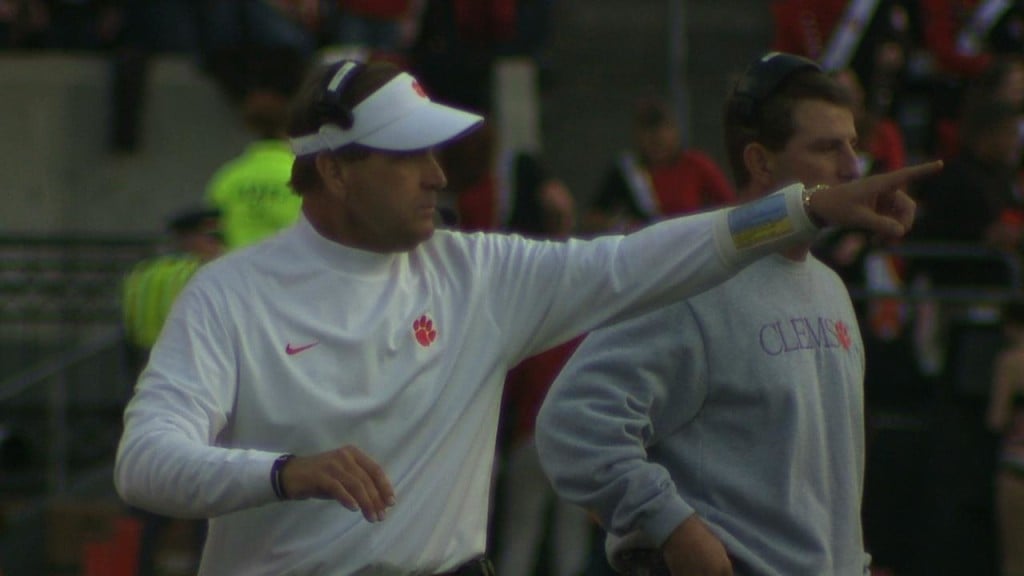 Clemson, SC (Clemson Athletics) —Kevin Steele will not return to the Clemson football staff for the 2012 season. He had been Clemson‘s defensive coordinator since 2009. “I have had a great experience at Clemson and feel good about what we have accomplished the last three years,” said Steele. “But, there are some other coaching opportunities I wish to pursue at this time. “It has been rewarding to see this program grow to the point of winning Clemson‘s first ACC Championship in 20 years. I want to thank the coaches and players who worked so hard these last three years. Clemson is a special place and I wish the program and the players continued success.” In two of the last three years, Steele served as coordinator of a Clemson defense that finished in the top 25 in the nation in total defense and scoring defense. Clemson finished 13th in the nation in scoring defense, 19th in total defense and 24th in pass defense in 2010. Five members of that team made NFL rosters in 2011. “I want to thank Kevin Steele for his significant contributions to our program over the last three years,” said Head Coach Dabo Swinney. “He has had a huge impact on Clemson football. Our players have learned countless lessons from him on and off the field. “Although we were inconsistent at times with a young defense this year, overall we have been one of the best defenses in the country the last three years under his direction. I thank him for his hard work and dedication to our program and wish him nothing but the best.” Clemson has had eight first or second-team All-ACC selections on defense in the last three years, including an ACC best three first-team selections in 2010. One of those players was unanimous All-American Da‘Quan Bowers, who won the Bronko Nagurski Award as the nation‘s top defensive player, and the Ted Hendricks Award as the nation‘s top defensive end. This past year Clemson had another Hendricks Award finalist in second-team All-American Andre Branch, who led the ACC in sacks. Branch had five sacks in two wins over top 10 Virginia Tech teams. The Hokies scored just one touchdown in two games against the Tigers defense. Steele just finished his 26th season at the college level and has coached in 19 bowl games, including nine that would be considered BCS, or “major” bowls. He was a member of the Nebraska staff that won the national championship in 1994. He also coached four years with the Carolina Panthers of the NFL, including the 1996 season when the Panthers reached the NFC Championship game.