Taneyhill Takes Over At Union County 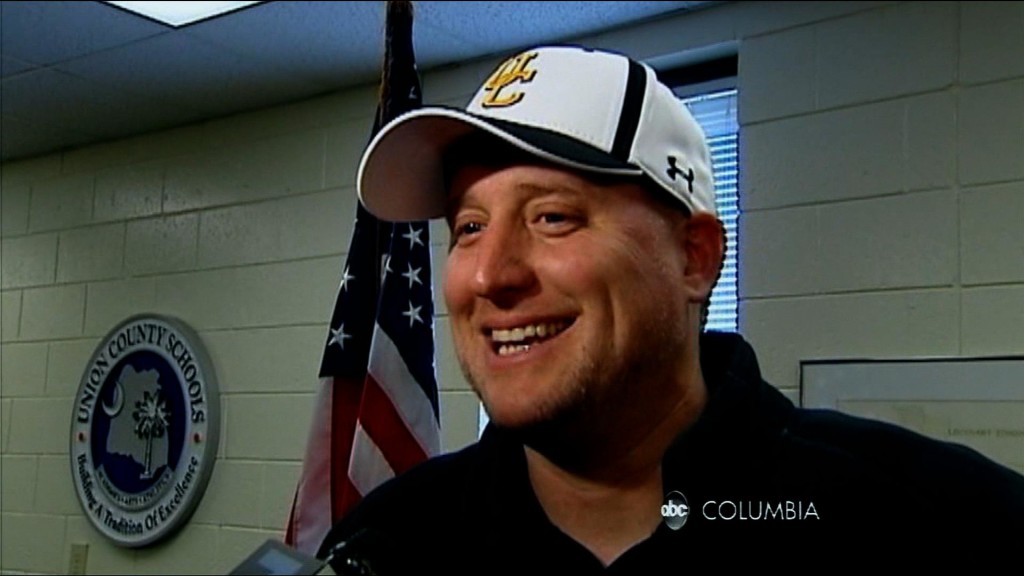 (WOLO) — Former Gamecock quarterback Steve Taneyhill is taking a step up in his coaching career and taking on a new challenge. Tuesday, Taneyhill was introduced as the new head football coach at Union County High School. Taneyhill moves up to class AAA after winning three class A championships as head coach of Chesterfield High School. “I’m ready to take that next leap,” Taneyhill said. “You never know where it will lead. I might be here forever, but it’s definitely a step up for sure.” Taneyhill set multiple quarterback records and led South Carolina to its first ever bowl win at the 1995 CarQuest Bowl. His favorite target was former Union County standout receiver Monty Means. Means, who was present at Tuesday’s Taneyhill introduction, told the Spartanburg Herald Journal, “I‘m glad to see the guy here that used to throw me the ball. I’m excited to see what he can do.” Union County, a perennial powerhouse program, went 4-7 last season.