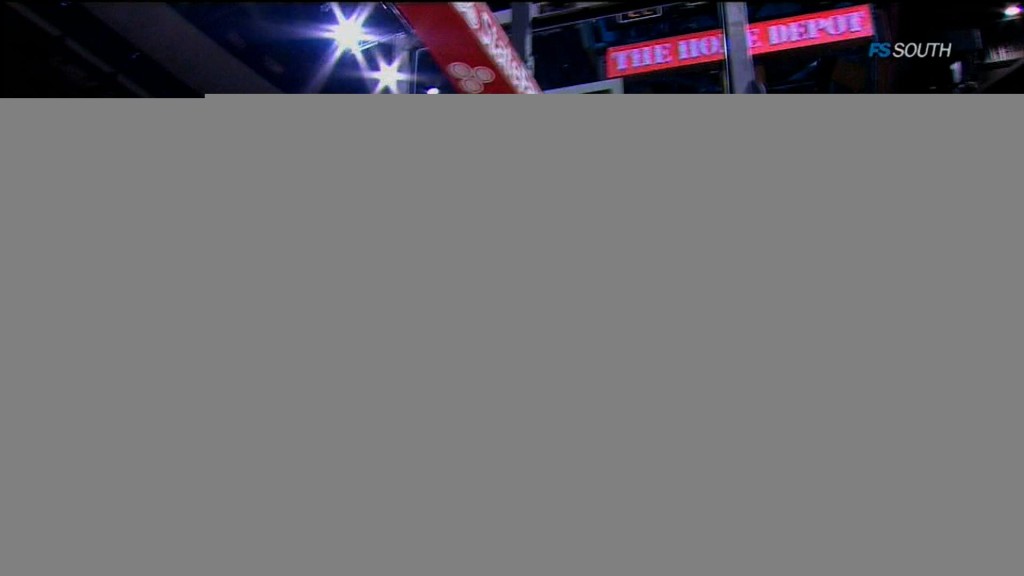 ATLANTA, GA (CU SID) — Clemson allowed its fewest points ever in an ACC regular season game in a 56-37 win Tuesday at Philips Arena over Georgia Tech. The win improved Clemson‘s record to 14-13 on the season, 6-7 in the ACC. With the loss, Tech dropped to 9-18, 2-11 in conference play. The victory was Clemson‘s third in the last four trips to Atlanta over the Jackets. Clemson was led in scoring by junior forward Milton Jennings, who produced 13 of his 15 points in the first 20 minutes of play. Jennings made 6-of-11 shots, including 2-of-5 from three. Tanner Smith scored eight and added six rebounds and six assists. The Tigers shot 45 percent and held the Jackets to 31 percent shooting, while forcing 18 Tech turnovers. The Yellow Jackets were led by Kammeon Holsey‘s 12 points and 11 from guard Brandon Reed. Georgia Tech jumped in front 4-3 after a media timeout, but the Tigers responded with a 12-3 run. Clemson got threes from Young and Jennings during the run. Tech pulled to within three at 16-13, but a miss on a jumper and long rebound to Smith led to a break where he found freshman Bernard Sullivan inside for a layup. He made the shot and free throw to convert a three-point play the old fashioned way. Jennings pushed the lead to double digits for the first time at 24-13 on a putback off a blocked shot by Tech‘s Daniel Miller. Reed hit a three to bring it back to an eight-point deficit, but Jennings connected on a three-point play inside to make it 27-16. Holsey hit a follow shot underneath to make it 27-18 at half in favor of Clemson. The Tigers came out the locker room with consecutive backdoor layups from brilliant Smith assists. The first came on an emphatic slam by Booker for his first points of the game. He put the lead at 18 on an alley-oop from Young that made it 40-22. The lead grew to as much as 21 with 3:59 left in the game. K.J. McDaniels put an exclamation point on things with a tremendous follow dunk with just over five minutes remaining. He scored eight of his 10 points in the second half. The Tigers return home to face NC State on Saturday, Feb. 25 at 2:30 PM. The weekend will serve as Clemson‘s 100th anniversary celebration. An alumni game will be held Friday at 7 PM at Littlejohn Coliseum. Admission to the alumni game will be free.