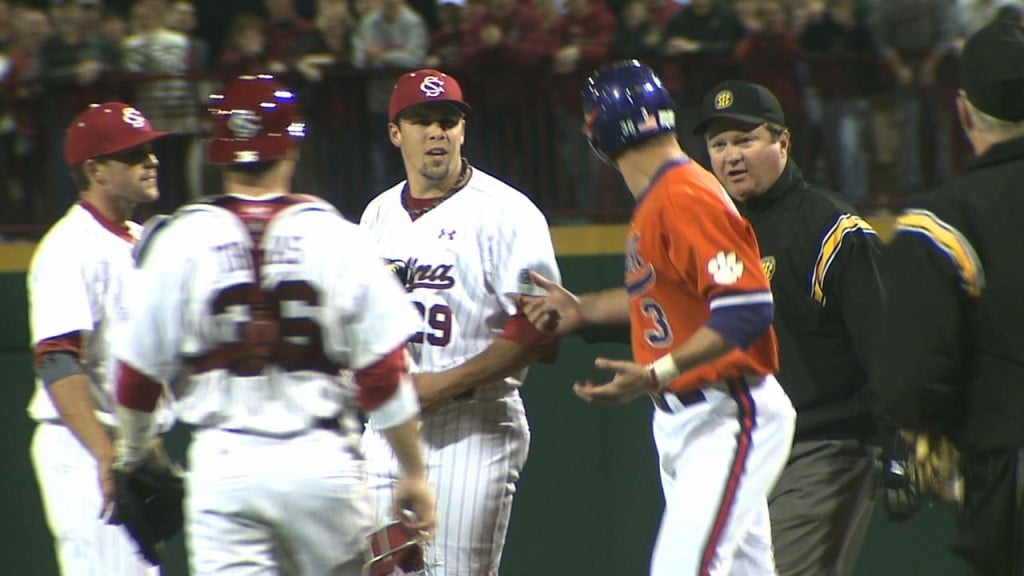 COLUMBIA, S.C. (AP) — Clemson coach Jack Leggett and South Carolina coach Ray Tanner say both teams have moved past accusations of bat warming and taunting that took place in last year’s series between them. The Tigers and two-time defending national champion Gamecocks renew their series this weekend with games in Charleston, Columbia and Clemson. The teams play Friday night at Riley Park, home of the Class A Yankees affiliate, the Charleston RiverDogs. And there’s sure to be plenty of fans on both sides watching for a re-kindling of last year’s firestorm when Leggett had the bat of Gamecocks star Jackie Bradley Jr. checked. Leggett said he thought South Carolina was warming up bats. The two coaches apologized to each other after the series for any controversies that arose. Copyright 2012 The Associated Press.