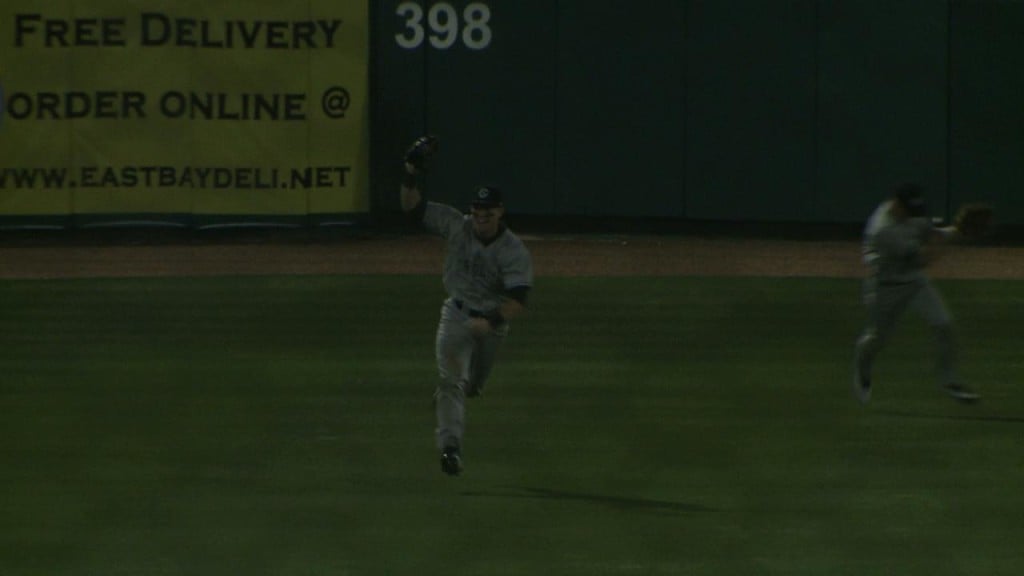 Charleston, S.C. (USC Athletics) – Second ranked South Carolina scored twice in the top of the 11th inning courtesy of a pair of two-out RBI base hits from Sean Sullivan and Connor Bright and a diving grab by center fielder Evan Marzilli off a line drive by Clemson pinch hitter Jay Baum with two outs and the tying run on third base sealed a 3-2 Gamecock victory over the 15th ranked Tigers on Friday night at Joseph P. Riley Jr. Park in Charleston, S.C. Carolina improves to 8-0 while Clemson drops to 4-3 for the season. Game two of the series shifts to Columbia with first pitch at 2 p.m. on Saturday. Live video broadcast is available at GamecocksOnline.com with the game also on the Gamecock Radio Network from IMG College including flagship 107.5 FM “The Game,” in Columbia. It was an electric crowd of 5,851 fans in Charleston, S.C. with half in Garnet and Black for the Gamecocks and half in Orange and Purple for the Tigers. The rivalry went back and forth the entire evening as both teams traded zeroes for much of the thriller as South Carolina senior left-hander Michael Roth and Clemson junior right-hander Kevin Brady dueled each other on the mound. Both would end up leaving the game allowing a run apiece. With the score tied at 1-1 in the top of the 11th inning, the Gamecocks made their move as Christian Walker opened the frame drawing a walk on four pitches. After a sacrifice bunt moved Walker over, the Gamecocks put runners on the corners against Clemson reliever Daniel Gossett as Kyle Martin singled to left field. After pinch runner Patrick Harrington entered the game, Gossett struck out Joey Pankake for the second out of the inning. That set the stage for Sean Sullivan, who broke through and gave the Gamecocks the lead with a base hit to left field on a 0-1 pitch from Gossett. Connor Bright added to the output for the Gamecocks with his own RBI base hit, this one to right field scoring Harrington. It was a close play at the plate that saw a collision with Harrington and Clemson catcher Spencer Kieboom. Despite South Carolina‘s 3-1 lead, the Tigers looked to answer in the bottom half as Richie Shaffer led off with a double off of Carolina reliever Forrest Koumas. With one out and Shaffer still on second base, the Tigers would inch closer as a fielding error by Pankake at shortstop allowed Shaffer to score cutting South Carolina‘s lead to 3-2. With one out and a runner on first, right-hander Ethan Carter got the second out of the inning with a strikeout against Dominic Attanasio. The Tigers still had a chance though as they put runners on the corners with two outs on a throwing error by third baseman LB Dantzler. South Carolina went to the pen one more time with left-hander Nolan Belcher and Clemson countered with pinch hitter Jay Baum, a right-handed bat. With the count at 2-2, Baum laced a line drive to center field. With the wind blowing in, Marzilli ran on a line and dove and just got his glove underneath the ball to make the catch and preserve the Gamecock victory. Koumas earned the win in relief and is now 1-0 on the year. He worked 2.2 innings and allowed one run, unearned, on two hits with two strikeouts and a walk. Belcher picked up his first save of the year. Gossett took the loss for Clemson and is now 0-1 for the season. He allowed two runs on three hits in 1.2 innings with three strikeouts and one walk. There wasn‘t much offense early with the pitching match-up between Roth and Brady as good as advertised. South Carolina broke ahead 1-0 in the top of the third inning. Adam Matthews reached base with an infield single and after a sacrifice bunt by Tanner English with one out, he would score on Christian Walker‘s RBI single up the middle. Roth was pretty close to flawless through six innings allowing just two hits. He was also the beneficiary of a great throw by Marzilli in the fifth inning that nabbed Attanasio at the plate to keep Carolina ahead by a run. Clemson, however, would get to Roth in the seventh inning to tie the game at 1-1. Richie Shaffer battled back from down 0-2 in the count to earn a leadoff walk for the Tigers. After a sacrifice bunt by Kieboom advanced him into scoring position, he would score on Jason Stolz‘s RBI base hit up the middle. Roth went 7.1 innings and allowed one run on four hits with seven strikeouts and two walks. Brady‘s line was one run on four hits in six innings with seven strikeouts and two walks also. Carolina had eight hits to six hits for Clemson. Pankake went 2-for-5 to lead the Gamecocks. Shaffer would lead the Tigers with a 2-for-2 day at the plate and two runs scored. Steve Wilkerson had two hits as well.