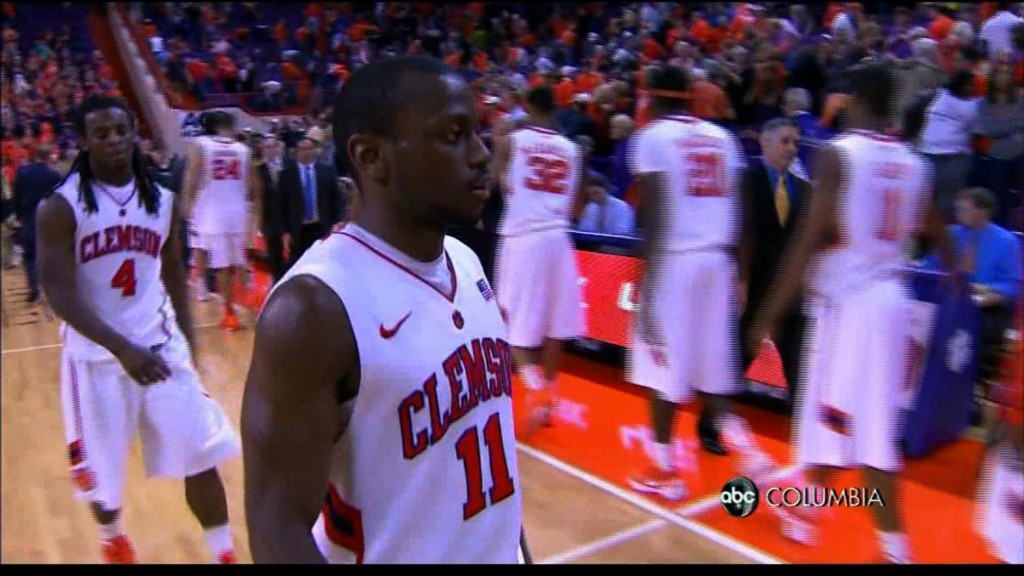 CLEMSON, S.C. (CU SID) — Senior guard Andre Young was one of five players named to the ACC’s All-Defensive Team on Monday, as announced by the Atlantic Coast Sports Media Association (ACSMA). Young also earned honorable mention in the voting for the All-ACC teams. He was joined on the All-Defensive Team by John Henson (North Carolina), Bernard James (Florida State), Jontel Evans (Virginia) and Michael Snaer (Florida State). Young led the ACC with 1.7 steals per game during the regular season. His 52 steals are one more than fellow senior Tanner Smith had in 30 regular season games. Young’s selection means a Clemson player has been named to the All-ACC Defensive Team four straight seasons. Trevor Booker was named to the team in 2009 and 2010, while Jerai Grant earned the nod in 2011. Young has been a big reason the Tigers are second in the ACC and in the top 25 nationally in scoring defense, yielding just 60.4 points per game. Young led the Tigers in scoring in the regular season with 13.3 points per game, scoring in double figures in 23 contests. He is in the top 10 of the ACC in six different statistical figures, including steals per game. He is also fourth in minutes per game, fifth in three-point goals per game and three-point percentage, and seventh in assists per game.