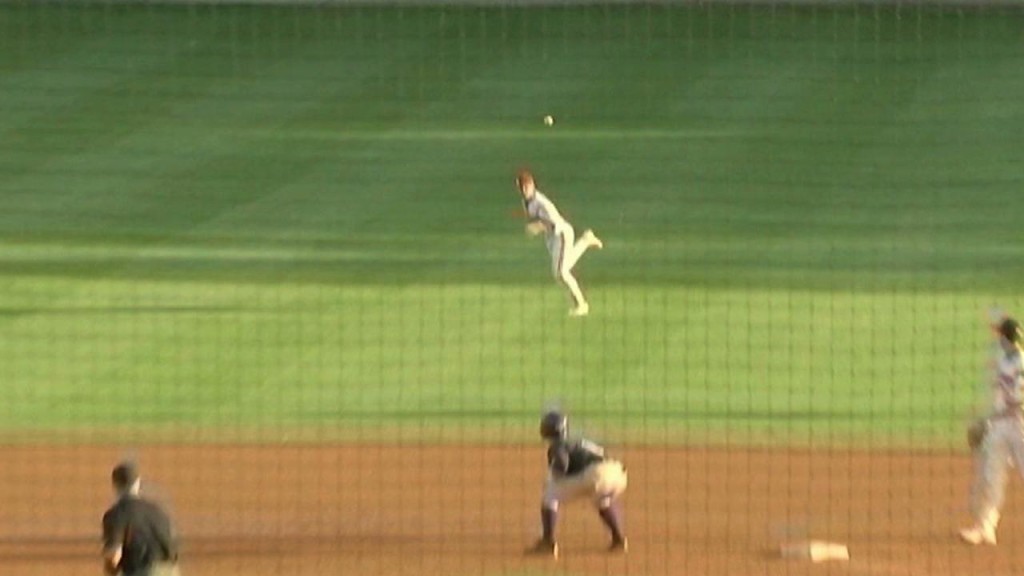 Clemson, S.C. (CU SID) — Western Carolina took a one-run lead with four unearned runs in the sixth inning and added four more runs in the seventh inning to top Clemson 13-8 at Doug Kingsmore Stadium on Wednesday. The Catamounts, who won both games of the home-and-home season series against Clemson, improved to 21-9. The Tigers, who suffered their first loss of the season by more than four runs, dropped to 15-14 in 2012. The back-and-forth contest saw the Catamounts jump out to a 4-1 lead, but Clemson tied the score 4-4 with a run in the fourth inning. After Western Carolina took a 5-4 lead with a run in the top of the fifth inning, Clemson scored four runs in the bottom of the fifth, highlighted by Thomas Brtittle’s three-run triple. But a two-out error allowed the Catamounts to score four unearned runs in the sixth inning and regain the lead for good. Andrew Blackwell (1-0), the fifth of eight Catamount hurlers, earned the win. He gave up three hits, no runs, and one walk in 1.2 innings pitched. The next three Western Carolina pitchers each pitched an inning without allowing a run to close out the game. Patrick Andrews (0-1), the third of seven Clemson pitchers, suffered the loss. He surrendered three hits, four unearned runs, and one walk with one strikeout in 1.0 innings pitched. Freshman lefthander Kyle Bailey made his first career appearance and pitched a scoreless ninth inning with one strikeout. The Catamounts wasted little time taking the game’s first lead in the top of the first inning. Cody Jones drew a one-out walk and advanced to third on Ross Heffley’s single to right-center. Tyler White reached on an infield single that scored Jones, then Dykota Spiess walked after being down in the count 0-2 to load the bases. Adam Martin lined a single to right-center to plate Heffley, then Luke Gragg lofted a sacrifice fly to left-center to score White, giving Western Carolina a 3-0 lead. In the bottom of the first inning, Jay Baum walked with one out and Richie Shaffer grounded a single through the left side. Phil Pohl followed with a line-drive single down the left-field line to score Baum. The Catamounts responded with a run in the top of the second inning. Jones lined a two-out single to center and Heffley walked. White followed with a single to left-center to score Jones. In the bottom of the second inning, Garrett Boulware led off with a single to left field on an 0-2 pitch, then Brittle reached on a bunt single. Two batters later, Baum grounded a one-out single up the middle to score Boulware, then Shaffer grounded out to second to bring home Brittle. The Tigers tied the score in the fourth inning. Steve Wilkerson hit a one-out double to left-center to extend his hitting streak to 17 games and moved to third on Baum’s groundout to short. Shaffer came through with a two-out single up the middle to plate Wilkerson. Western Carolina regained the lead in the top of the fifth inning. Martin led off with a single through the left side and Gragg laced a single to right field. Gragg was retired at second on Bradley Strong’s fielder’s choice, then Julian Ridings singled through the right side to score Martin. In the bottom of the fifth inning, Spencer Kieboom and Jason Stolz drew one-out walks, then Boulware was hit by a 1-2 pitch to load the bases. Brittle followed with a triple down the right-field line to score Kieboom, Stolz, and Boulware. Wilkerson lined the next pitch to left-center for a single to score Brittle and give the Tigers an 8-5 lead. But Western Carolina regained the lead in the sixth inning thanks in large part to a costly Tiger error. Heffley led off with a single to right-center and advanced to third on White’s bloop double down the right-field line. Andrews battled back from a 3-0 count to strike out Spiess looking for out #1, then Martin grounded out to third for out #2 as both runners stayed on their bases. Gragg then hit a grounder to Wilkerson, who booted the ball, allowing Heffley and White to score. Strong followed with a single through the left side, then Ridings walked to load the bases. Aaron Attaway gave Western Carolina the lead back with a single through the left side on an 0-2 pitch that scored Gragg and Strong. The single also extended Attaway’s hitting streak to 12 games. In the seventh inning, the Catamounts added four more runs to their lead. White hit a one-out single to left-center, then Spiess grounded a single through the right side. Martin followed with a triple down the right-field line to score White and Spiess, then Gragg singled up the middle to score Martin. Two batters later, Attaway grounded a two-out single up the middle to score Gragg. Every Catamount starter had at least one hit and eight of the nine had at least two hits. White went 4-for-6 with a double, two RBIs, and three runs to lead Western Carolina’s 22-hit attack. Martin went 3-for-6 with a triple, three RBIs, and two runs, while Heffley and Ridings added three hits apiece. Attaway totaled two hits and three RBIs as well for Western Carolina, who left 17 runners on base. Shaffer went 3-for-5 with two RBIs to lead the Tigers, who amassed 13 hits in the contest. Brittle went 2-for-4 with a three-run triple, while Wilkerson and Baum added two hits apiece. Clemson, who leads the all-time series against Western Carolina 54-15, lost twice to the Catamounts in one season for the first time. It was the 26th year that the two teams played at least two games in one season. The two squads have played at least three times in a season four times as well. Clemson will travel to Durham, NC to face Duke in a three-game series at Jack Coombs Field starting Friday at 6:00 PM.