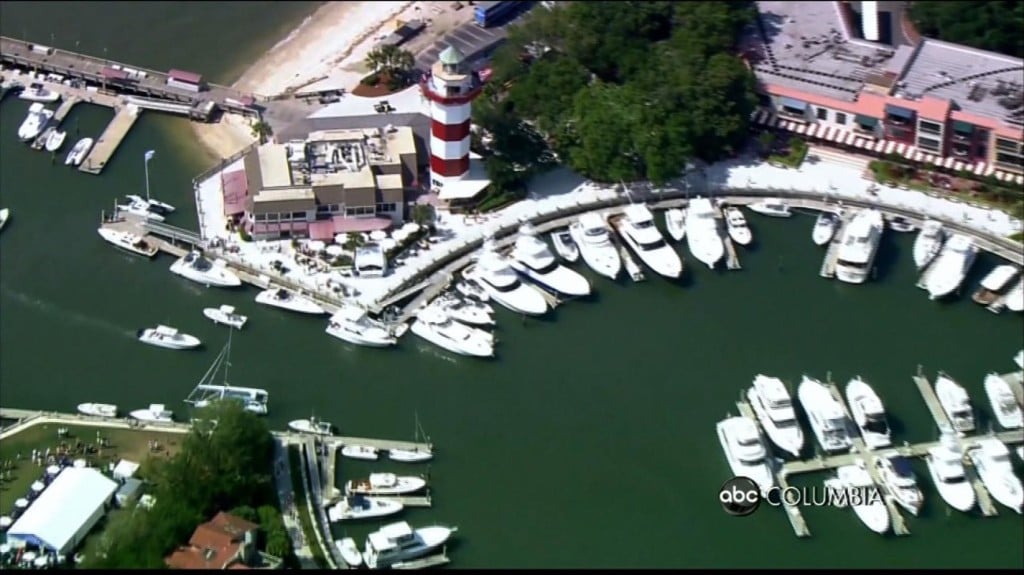 HILTON HEAD ISLAND, S.C. (AP) — Matt Kuchar wasn’t smiling much Sunday night after his near miss at the Masters last week. The world’s 14th-ranked golfer had hoped a night in his own bed would prepare him for this week’s RBC Heritage. Instead, Kuchar replayed the most critical shots of the round as he tied for the lead with three holes left, then gave it away with a bogey on the par-3 16th. Kuchar, who gained his nice-guy reputation with his megawatt smile as a college golfer at Augusta National 14 years ago, finished in a tie for third behind Masters champion Bubba Watson. “It was just not an easy night’s sleep,” Kuchar said. Kuchar, though, woke up refreshed and ready for the next challenge which starts Thursday at Harbour Town Golf Links. Kuchar says he’s learned not to spend much time looking back “It’s not real helpful to look at Monday morning’s paper and say, ‘What if I played just one shot better or two shots better,'” he said. Kuchar and world No. 1 Luke Donald are among four of the top-20 ranked golfers teeing off at the rechristened RBC Heritage, which is on solid financial footing after two years of uncertainty. Watson, along with most of the other Masters competitors, is taking the week off. Not Kuchar, who says he’s just as excited about Harbour Town as he was for Augusta. That’s how he’s conducted himself since turning pro and he thinks it’s helped him succeed on the PGA Tour. “I want to win this tournament,” Kuchar said. “And the more I can make every tournament really important, I think it makes prep for the majors much easier.” Kuchar understands what a Masters victory would’ve meant. “It was an exciting place to have a chance,” Kuchar said. “I kept replaying in my mind all the great shots. And then the couple missed opportunities.” Kuchar was a wide-eyed amateur from Georgia Tech when he made the cut at Augusta National in 1998 and 1999. He hadn’t cracked the top 20 in his three Masters appearances before last week, but found himself tied for the lead Sunday when he knocked in a short eagle putt on the 15th hole. Kuchar, who earned $9 million in 2010 and 2011, sent his tee shot right of the green on the 16th hole, could not get up and down and made a bogey that ultimately dropped him from contention. Kuchar’s most regrettable error, he said, was a double bogey on the ninth. He chipped his third shot seven feet past the hold and three-putted. “I think that chip shot is one that I know I can improve immensely upon,” he said. Donald hopes to improve his showing at Harbour Town. He was third here in 2010, then lost to Brandt Snedeker in a playoff last year when a tournament victory would’ve elevated him to No. 1. Donald subsequently reached that spot and, with No. 2 Rory McIlroy, No. 3 Lee Westwood and No. 4 Watson all off, is fairly secure on top, win or lose this week. Donald had hoped to shed his mantle of one of the game’s best players without a major at Augusta. But he had rounds of 75, 73 and 75 the first three days and finished tied for 32nd. Now, Donald can concentrate on getting back to the successful golf that won him the Transitions Championship in Tampa, Fla., last month. Donald said the key here, as always, is hitting some of the smallest greens on the PGA Tour. “Because of that you need a good short game,” he said. Webb Simpson (No. 13) and Bill Haas (No. 18) are the other golfers in the top 20 competing at Harbour Town. It will be hard for anyone to follow Watson’s drama-filled run to the green jacket. He seemingly had played himself out of the tournament on the second playoff hole with a tee shot way right into the trees on No. 10. Watson, though, hooked his approach onto the green and two-putted to defeat Louis Oosthuizen. Watson likely earned as many fans for his emotional showing after the final putt dropped. He broke down in tears almost instantly and continued to cry on his mother’s shoulders on the 10th green. Aaron Baddeley, one of Watson’s close friends, said the display was just Bubba being Bubba. “Bubba wears his heart on his sleeve for everyone to see,” said Baddeley, the 2006 RBC Heritage winner who stuck around to hug Watson after the Masters win. Kuchar, Donald and the rest almost didn’t have a tournament to come to before RBC and The Boeing Co. joined forces to back the event the next five years. Boeing is the RBC Heritage’s presenting sponsor. “There’s a whole new excitement for the tournament,” Snedeker said. Copyright one space© 2012 The Associated Press. All rights reserved.