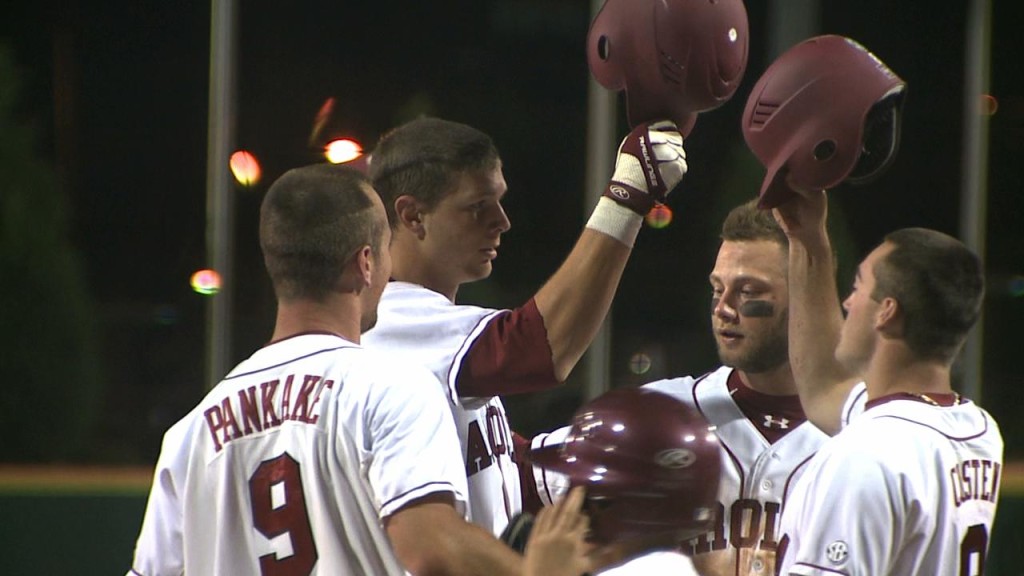 Columbia, S.C. (USC SID) — South Carolina catcher Grayson Greiner has been named SEC Freshman of the Week, the conference office announced on Monday afternoon. Greiner had a key solo home run that jumpstarted a four-run rally in the bottom of the eighth as the Gamecocks came from behind to defeat MSU 7-6. Greiner collected three hits over the weekend with a pair of doubles and the home run. He also scored two runs. He also had a grand slam in the 8-0 win over The Citadel on Tuesday night. Greiner has reached base 10 consecutive games. He has raised his batting average to .240 (23-for-96) with four homers and 17 RBI. In the last nine games played, Greiner is hitting .304 (7-for-23) with four runs and five RBI. Six of his seven hits were extra base hits (four doubles, two homers).