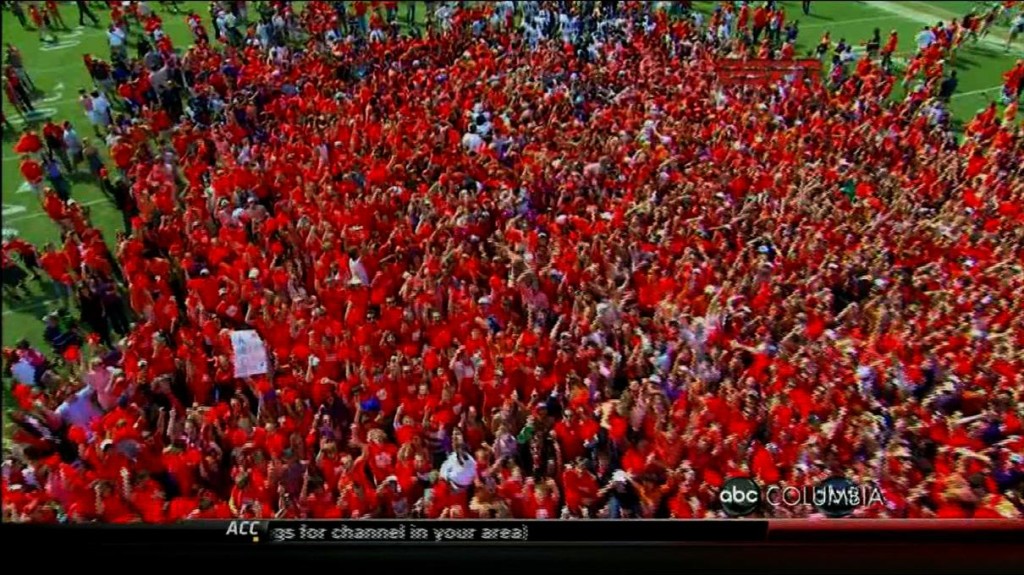 ATLANTA — Kick times have now been set for the pair of Chick-fil-A Kickoff Games that will open the 2012 college football season. The Chick-fil-A Kickoff Game weekend will feature the first-ever double hosting of marquee, BCS-style games on back-to-back days in the same venue. The first game will showcase NC State versus Tennessee on Friday, Aug. 31. The opening game will kick off at 7:30 p.m. ET and will be telecast nationally on ESPNU. The second game will pit two projected pre-season top-25-ranked teams with Auburn facing Clemson on Saturday, Sept. 1. The Tigers vs. Tigers match-up will kick off at 7:00 p.m. ET and will be telecast nationally on ESPN. “Over these incredible 48 hours, all eyes will be on Atlanta as we open the season like never before with our first-ever double hosting of Chick-fil-A Kickoff Games,” said Gary Stokan, Chick-fil-A Bowl president and CEO. “This will be an epic showcase of these four great teams and their fans to a national audience on ESPN and ESPNU.” This marks the first time in college football history where two games of this magnitude have been hosted in the same facility, by the same organizer on consecutive days. Between the two games, more than 145,000 fans are expected to be in Atlanta to celebrate the opening of the 2012 season and be a part of history. All four teams and their fans will be in Atlanta at the same time, creating a college football celebration of epic proportions. The pair of Chick-fil-A Kickoff Games is expected to generate more than $60 million in economic impact. In Chick-fil-A Kickoff Game style, both games will include their own tailgate and cook-off events as well as their own FanZone events with the traditional team walks to keep fans entertained over the 48 hours of football frenzy. All tickets to both games are being sold through the university ticket offices. No tickets will be available through the Chick-fil-A Bowl office. The Chick-fil-A Kickoff Game was created by the Chick-fil-A Bowl in partnership with ESPN, as a BCS-style game to kick off the season matching two elite football programs on the first Saturday of every season. For more information, visit Chick-fil-AKickoffGame.com.