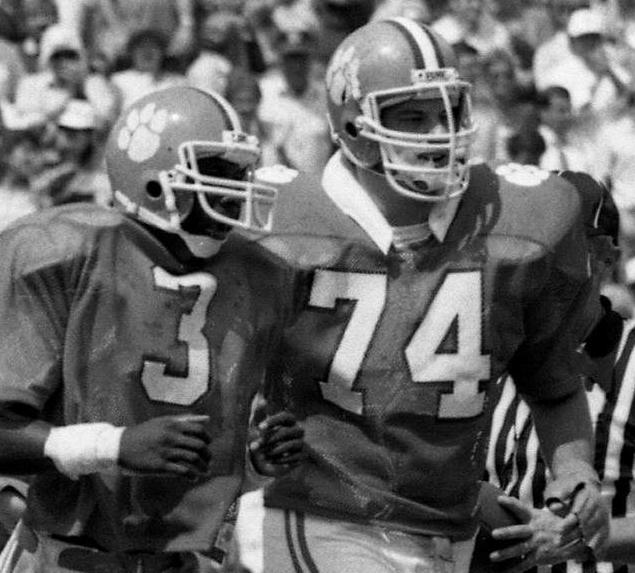 Clemson, SC (CU SID) — Bob Mayberry, a starting offensive tackle on Clemson‘s 1982 ACC Championship team and a top reserve on the school‘s 1981 National Championship team, died Tuesday morning after a bout with cancer. He was 51-years-old. Mayberry came to Clemson as a freshman in 1979 from Sharon, PA, and he lettered four years (1979-82). He played in 39 games over the four years, 20 as a starter on the offensive line. He played in the last 34 games of his career. He started seven games in 1980, two games in 1981 and all 11 as a senior in 1982. He averaged 35 plays per game as the third guard on the 1981 National Championship team. Clemson had a 35-10-1 record for the four years Mayberry played and won two ACC Championships, 1981 and 1982. The Tigers ranked in the top 10 each of his final two seasons. After his graduation from Clemson in 1982, Mayberry went into the car business and had a successful dealership in the Monroe, NC. He is survived by his wife, Sheryl, and three children Caroline, Sloane and Miles. Funeral arrangements are to be announced.