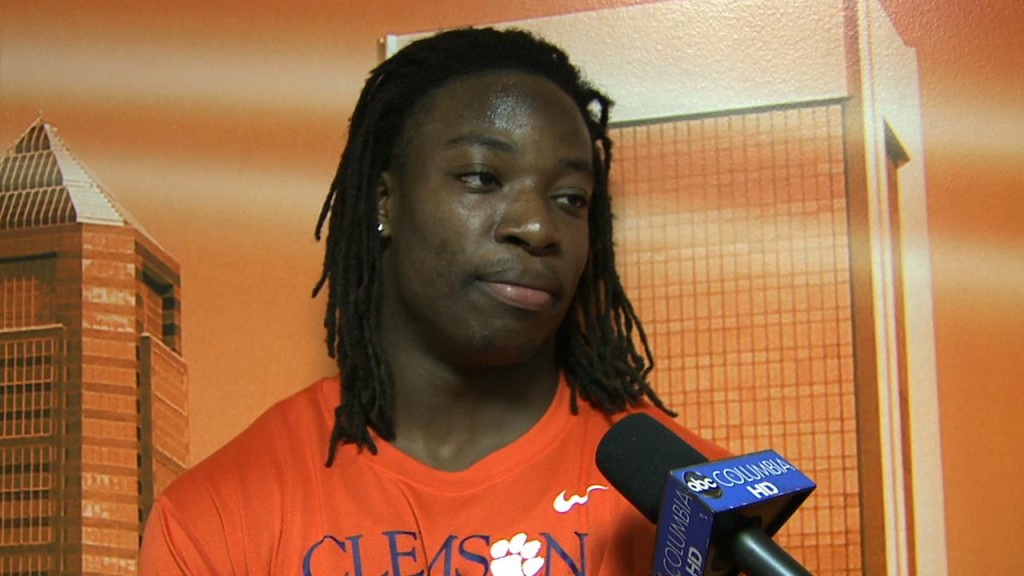 Clemson, S.C. (CU SID) — Clemson running back Andre Ellington has been named to the 2012 Doak Walker Award Watch List. Ellington was Clemson‘s leading rusher last year with 1,178 yards and he has 2,355 career yards entering this year, more than any other active ACC player.

Ellington, who was named second-team All-ACC last year, is a unanimous first-team All-ACC player for this year. He has been named to preseason all-league teams announced by Athlon, Lindy‘s, USA Today, Phil Steele and Blue Ribbon Magazine.

Ellington had 223 carries for 1,178 yards and 11 rushing touchdowns last year when he helped Clemson to a record total offense and record scoring offense season. He also had 109 yards receiving and 131 yards in kickoff returns.

The native of Moncks Corner, SC finished the year strong with 20-125 rushing and a touchdown in the win over Virginia Tech in the ACC Championship game, and had 10-116 and a touchdown against West Virginia in the Discover Orange Bowl. He averaged 5.3 yards a rush last season and has a 5.8 average for his career, second best in Clemson history behind C.J. Spiller.

Earlier, Ellington was named as one of three Clemson players on the Watch List for the Maxwell Award.