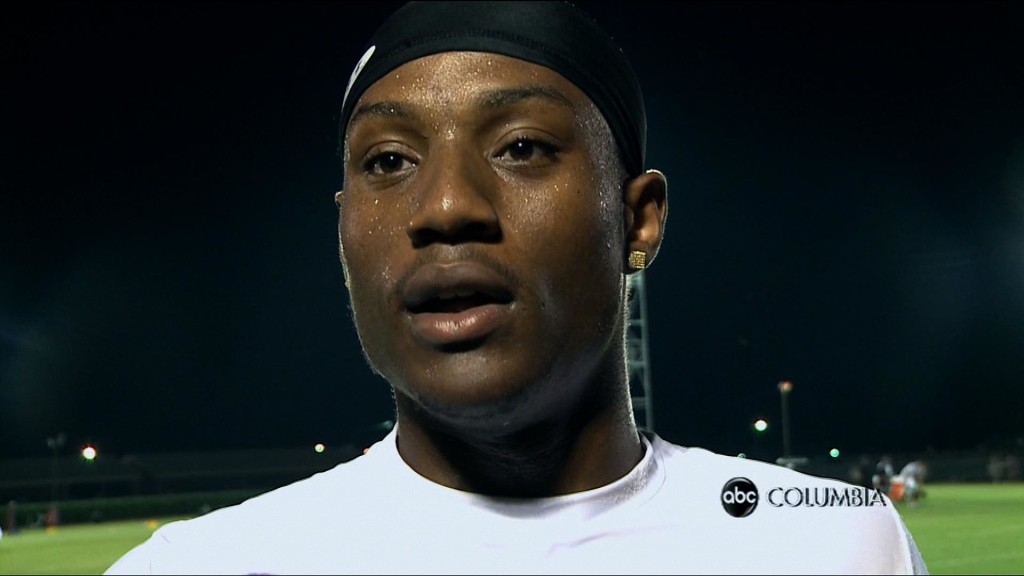 COLUMBIA, S.C. (WOLO) — Former Lexington High School All-American Shaq Roland knows Gamecock fans are expecting a lot out of him this season. Roland hopes he can live up to those expectations and then some when USC football kicks off the 2012 season at Vanderbilt August 30th. “I know there’s going to be a lot of pressure on me with me being from here,” Roland said after Monday night’s USC practice. “I just don’t pay attention to it.” The true freshman said he also tries not to focus on how much playing time he will get in his first season of college football. Gamecock coaches have told the reigning Mr. Football in the state of South Carolina that he will get a chance to play. Roland plans on taking advantage of his opportunity.