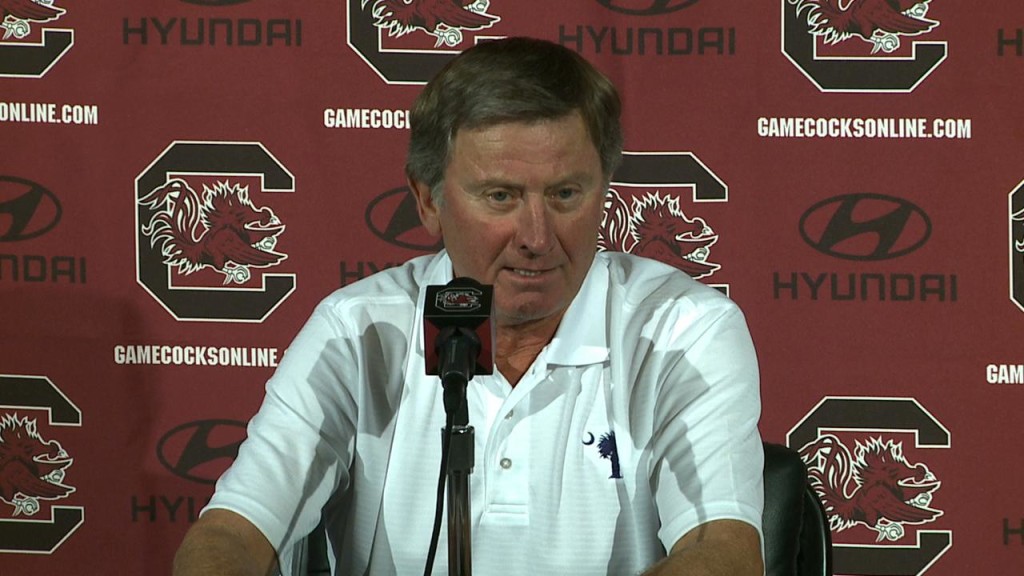 COLUMBIA, S.C. (WOLO) — USC head football coach Steve Spurrier knows all too well not to overlook the team’s next opponent. The Gamecocks will host East Carolina as they play their home opener Saturday. After a disastrous first half last year, the Gamecocks got down 17-0 before they bounced back in the second half to beat the Pirates 56-37. “They’ll come ready to play,” said the HBC. “They’ll look and see that they had a really good chance to get us last year. They sort of fumbled it away, they really did. Scored on fumbles, had a punt return, this that and and the other. So, they’ll know that they can play with us very well.” This is the 2nd time ECU and South Carolina have met on the gridiron since 1999. That year, the Pirates got away with a 21-3 victory in Columbia. The Gamecocks and Pirates take the field for a scheduled 12:21pm kickoff at Williams-Brice Stadium. The game will air on ABC Columbia, with coverage beginning at noon.