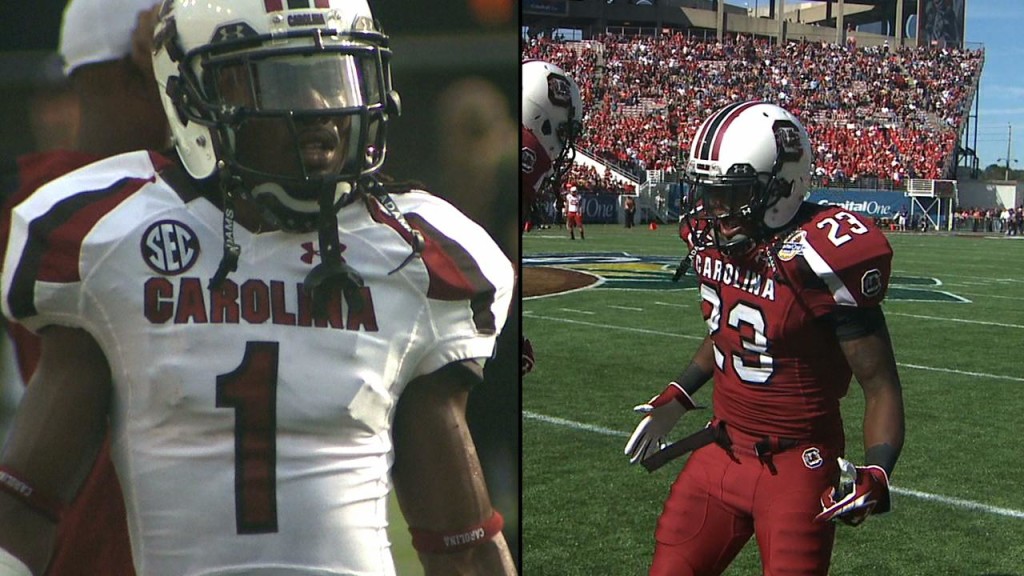 COLUMBIA, S.C. (WOLO) — Head Football Coach Steve Spurrier spoke with the media on Tuesday during his weekly press conference. Here are some of the things he talked about. Spurrier talked about trying to get Ace Sanders and Bruce Ellington the ball some more. “Ace is fast and he can get open. He and Bruce (Ellington), they didn’t get many balls thrown to them the other day. We’re trying to figure out how to use more of our guys. We’re still a work in progress on offense, trying to make sure we get the ball into our playmakers’ hands. Ace is a playmaker, so is Bruce.” The Head Ball Coach shared his thoughts on the Gamecocks’ defensive line. “We believe that we have as good a defensive line as anybody. Devin Taylor, Jadeveon Clowney, Kelcy Quarles, Chaz Sutton had a big game last week. All those guys can really play.” Spurrier also talked a little about junior quarterback Connor Shaw’s school record of 20 straight completions. “The players caught everything, too, but Connor throws a catchable ball, he really does. Connor, I don’t think he’s big on individual things like that.”