Lattimore May Not Play Against Florida 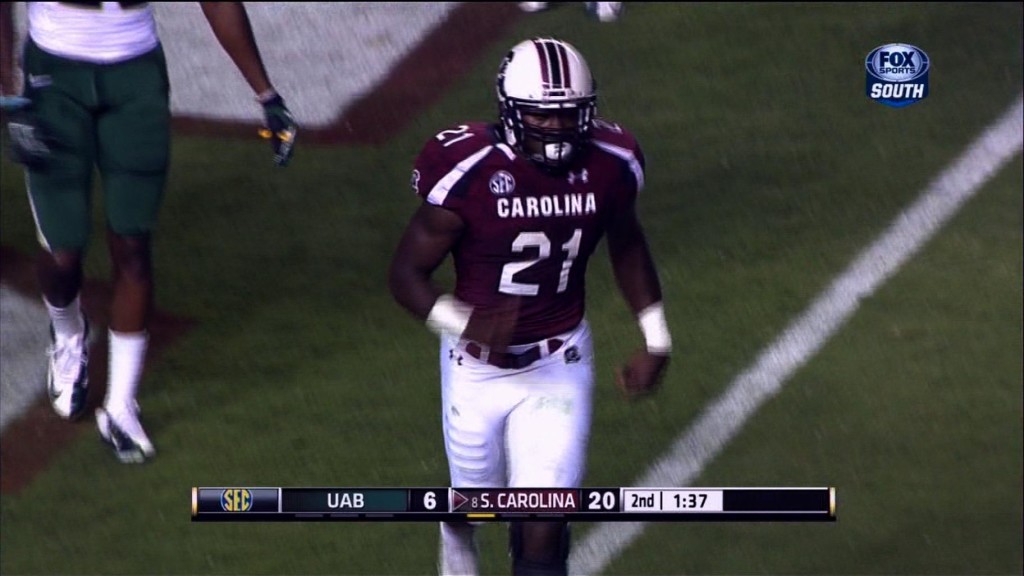 COLUMBIA, S.C. (USC SID) — The University of South Carolina football team worked out at the Bluff Road practice fields Wednesday afternoon. The ninth-ranked Gamecocks (6-1, 4-1 SEC) are preparing for Saturday‘s SEC showdown in The Swamp against third-ranked Florida (6-0, 5-0 SEC). Game time is set for 3:30 p.m. and the contest will be televised nationally on CBS with Verne Lundquist, Gary Danielson and Tracy Wolfson as the announce crew. The Gamecocks have been healthy for much of the season, but have been limited this week due to injuries and the flu bug going through the squad. “We‘ve had a bunch of guys sick,” said head coach Steve Spurrier. “Bruce (Ellington) did not practice today. Ace (Sanders) missed yesterday. (Mike) Matulis was out today. Jimmy Legree was out. A little flu bug hit us before we got the flu shots. Hopefully, those guys will be back by the weekend. “Marcus Lattimore did not practice again today,” continued the Head Ball Coach. “I don‘t know how to list him. I‘m not sure if he‘s even going to be able to play. (Jadeveon) Clowney is limited – his foot is bothering him. And of course the defensive tackles, (Kelcy) Quarles, (JT) Surratt and (Byron) Jerideau; Quarles probably won‘t play. JT and Jerideau are limited, so we‘ve got the freshmen guys, Phillip Dukes and Gerald Dixon (Jr.), ready to go. So we‘re sort of banged up a little bit all of a sudden.” Coach Spurrier indicated that Kenny Miles and Mike Davis got all the reps at running back today with Lattimore out due to a bruised hip. “There‘s a good chance Kenny will end up starting the game. We‘ll see how Marcus is by the weekend.” The Gamecocks will return to the practice fields on Thursday.