Quarles Out For Florida Game 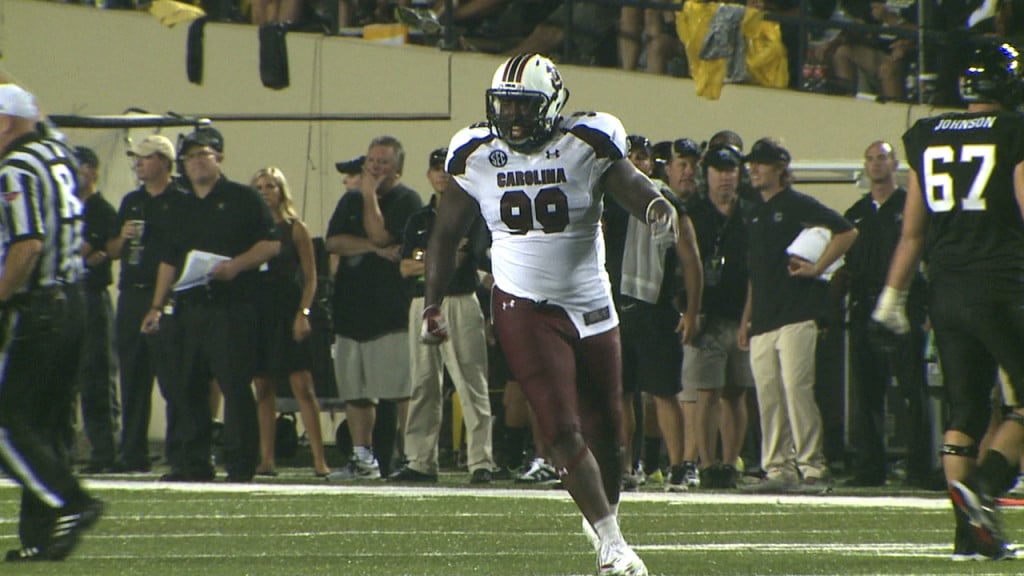 COLUMBIA, S.C. (USC SID) — The University of South Carolina football team worked out at the Bluff Road practice fields Thursday afternoon. Former Gamecock standouts Melvin Ingram and Patrick DiMarco attended the practice session. The ninth-ranked Gamecocks (6-1, 4-1 SEC) are preparing for Saturday‘s SEC showdown in The Swamp against third-ranked Florida (6-0, 5-0 SEC). Game time is set for 3:30 p.m. and the contest will be televised nationally on CBS with Verne Lundquist, Gary Danielson and Tracy Wolfson as the announce crew. Defensive coordinator Lorenzo Ward hopes to have most of his unit back and ready to go for Saturday‘s contest with the exception of Kelcy Quarles. “Kelcy hasn‘t practiced all week,” said Ward. “They tell me it‘s similar to what Connor (Shaw) had, just in a different spot, so he‘s probably going to miss a week.” The Gamecocks expect Florida to try to run the ball on Saturday. “What we spent time doing is preparing for the run game. We gave very little emphasis to the passing game. If they want to throw the football, so be it, that‘s what I want them to do. We definitely practiced to stop the run this week. “We were in position to make a lot of tackles (in the loss at LSU),” continued Ward. “We just missed the tackles. It comes back down to technique and fundamentals. We‘ve got to win our gap, we‘ve got to fit the run right, we‘ve got to make sure we‘re sound on the back side because they‘re going to run cut-back plays and misdirection. We‘ve got to be sound defensively.“ The Gamecocks will practice Friday afternoon before leaving for Florida.