QB Pressure For Bray And Shaw 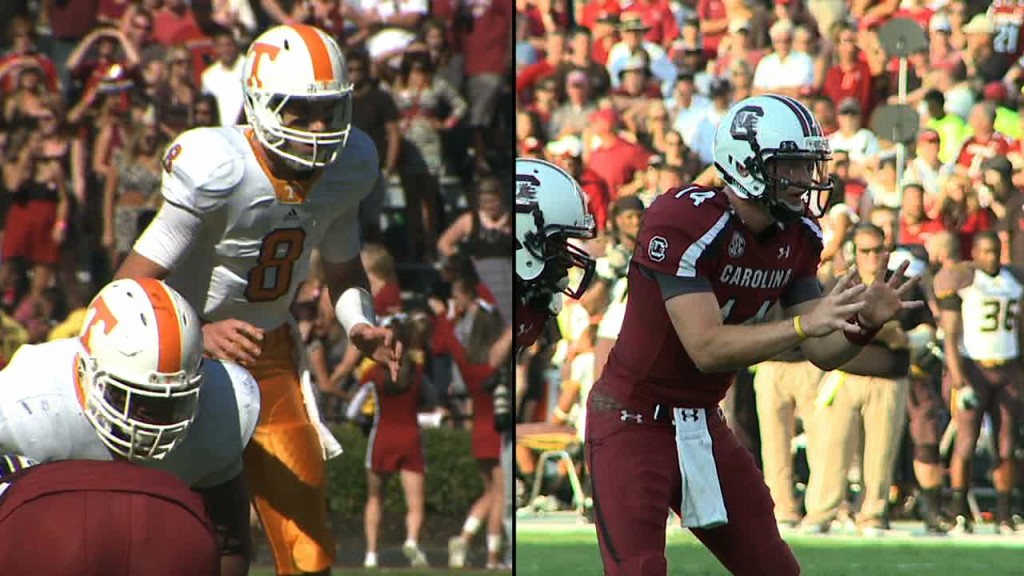 KNOXVILLE, Tenn. (AP) — Tennessee’s Tyler Bray is tied for the Southeastern Conference lead in touchdown passes. Connor Shaw’s 13-3 record as a starter is the best mark through 16 games of any quarterback in South Carolina history. Yet both have reason to look over their shoulder heading into their matchup Saturday at South Carolina. Shaw was benched last week in the second half of a 44-11 loss to Florida that marked the 17th-ranked Gamecocks’ second straight defeat. Tennessee coach Derek Dooley has warned Bray that he could get replaced if he remains careless with the ball after throwing two interceptions and no touchdown passes in a 44-13 loss to Alabama. Shaw and Bray both are expected to start Saturday, but neither quarterback can afford a poor performance. Copyright 2012 The Associated Press.