Spurrier On Shaw: “This Is His Game” 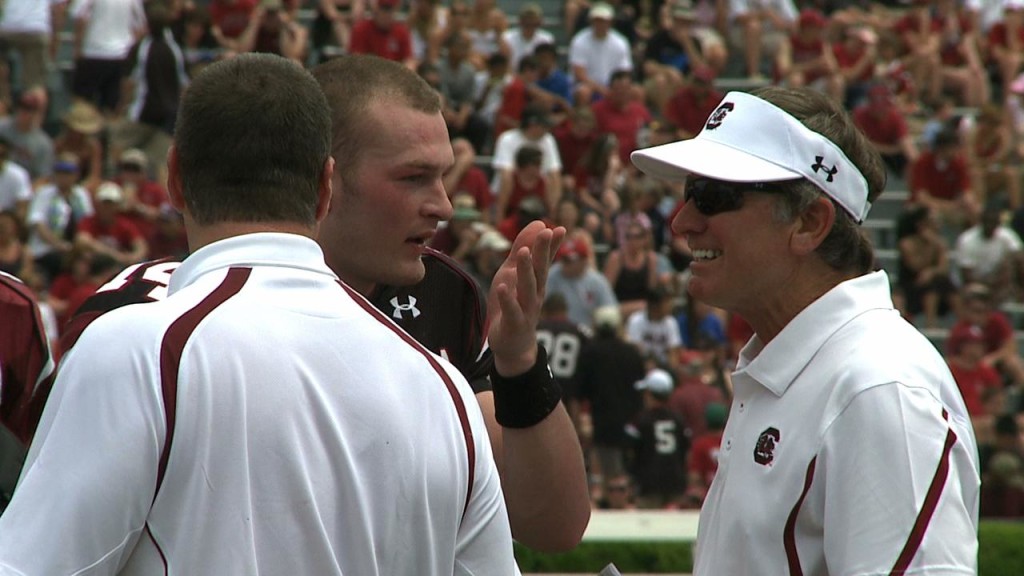 COLUMBIA, S.C. (WOLO) — There will not be a quarterback controversy for the Gamecocks this week. At Tuesday’s weekly press conference, Steve Spurrier said, barring injury, junior Connor Shaw will play the entire game against Tennessee. “If (Shaw) skunks it up through the first half, he’s going to skunk it up the whole second half,” Spurrier said. “This is his game. I don’t want him to go out there thinking that, ‘If I take off running when somebody’s open or whatever…’ This is his game. We’re giving him this game.” Shaw was benched in the second half of USC’s 44-11 loss at Florida. Shaw and back-up quarterback Dylan Thompson finished with similar numbers against the Gators. Spurrier said Thompson missed Monday’s practice because of illness.