Spurrier Announced The Team Voted For Captains On Monday 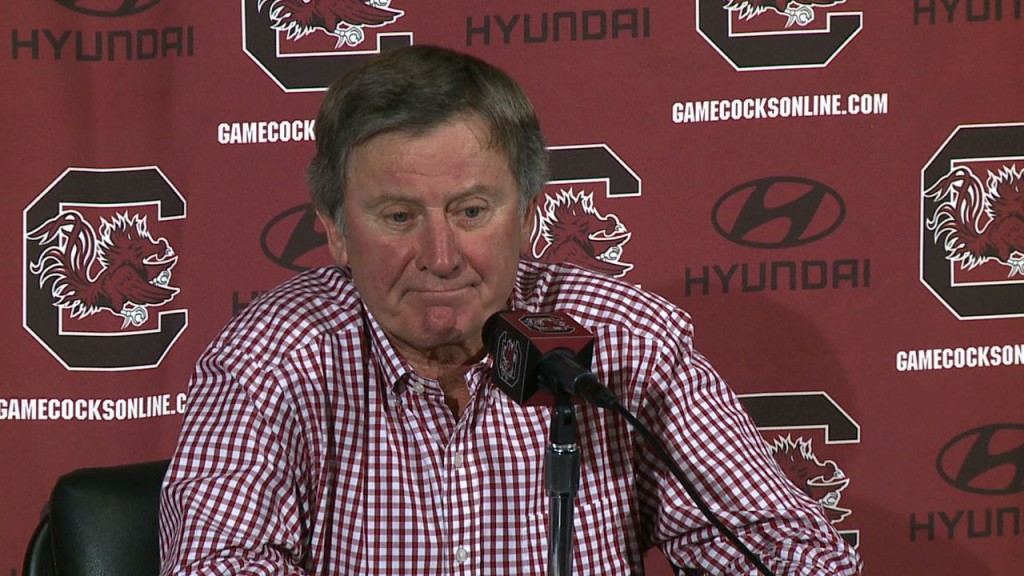 COLUMBIA, S.C. (WOLO) — The Gamecocks’ Head Football Coach Steve Spurrier spoke to the media yesterday at his weekly press conference; announcing the five new team appointed captains Shaq Wilson, D.J. Swearinger, T.J. Johnson, Justice Cunningham and Marcus Lattimore. Here are some of the things he had to say. Spurrier said the team is ready to be back at Williams-Brice this weekend. “It feels good to get back home. We’re home for three straight. One of our goals is to win all the home games. We’re still in the position to achieve that if we can regroup a bit, start playing smart and start playing up to our potential.” Spurrier talked about Tennessee and their rivalry with the Gamecocks. “Tennessee is a good team that’s lost four games, I think to all ranked opponents. Their offense has been very good. Their defense has struggled a little bit. They’re going to come in here and throw it around probably as well as anybody we’ve played. They’ve got a good running game also. They’ve made yards against everybody they’ve played. Even Alabama last week, but it didn’t work out for them.” Later adding, ” We’re looking forward to playing Tennessee, which is a pretty good rivalry for South Carolina the times I’ve been here. I know prior to that they’ve beaten us a whole bunch. We’re pretty even with them right now, so hopefully we’ll stay ahead of them in the rivalry over the last eight years.” Spurrier announced the team voted for captains on Monday. “We voted for captains yesterday [Monday]. The guys voted. On defense – Shaq Wilson and D.J. Swearinger. On offense – T.J. Johnson, Justice Cunningham and Marcus Lattimore. Five captains on the team this year. Hopefully our captains and our seniors are ready to turn this season back into a positive this Saturday.” Spurrier commented on Marcus Lattimore and his health after the lower back injury he sustained at LSU. “I think he’s okay now. He was probably pretty close to 100% last Saturday. Fumbles got us behind. We thought it would be smart to rest him for another day. Rest him for the next battle. He should be ready. “