11th-ranked Gamecocks moving on minus Lattimore 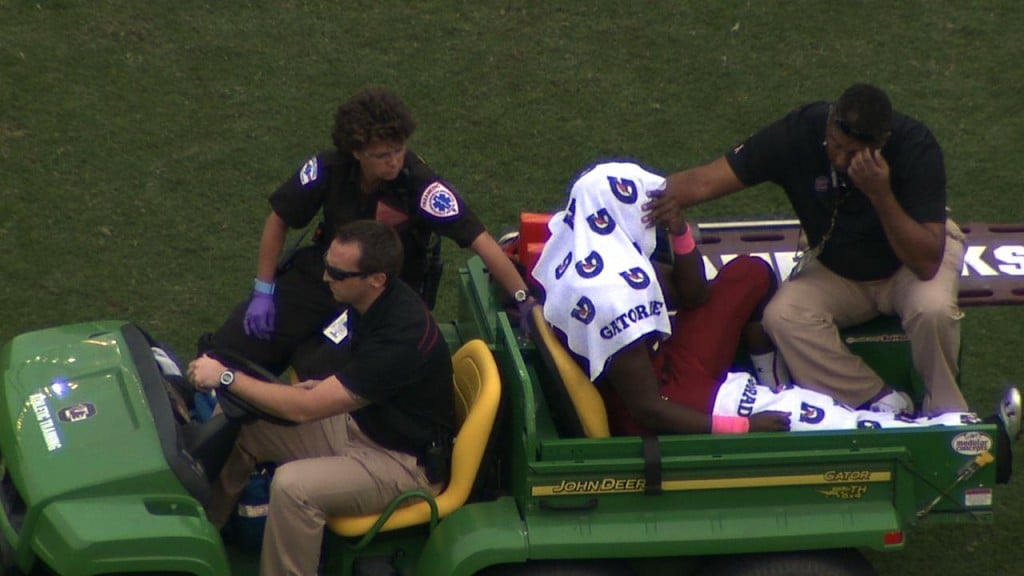 COLUMBIA, S.C. (AP) — South Carolina running back Kenny Miles says the team’s focus hasn’t changed, despite the loss of star tailback Marcus Lattimore. The Gamecocks (7-2, 5-2 Southeastern Conference) have this week off before closing out their league schedule at home against Arkansas on Nov. 10. Miles will start in place of Lattimore, who suffered a dislocated right knee and severe ligament damage in South Carolina’s 38-35 win over Tennessee last Saturday. Miles says losing their captain and offensive leader is difficult. But he says South Carolina has to show the same focus and tenacity as last year when the team went 5-1 after Lattimore tore a ligament in his left knee. Gamecocks coach Steve Spurrier says Lattimore will likely need more than one operation. Lattimore has told Spurrier he plans to return.