Martin Ready To Get Season Started 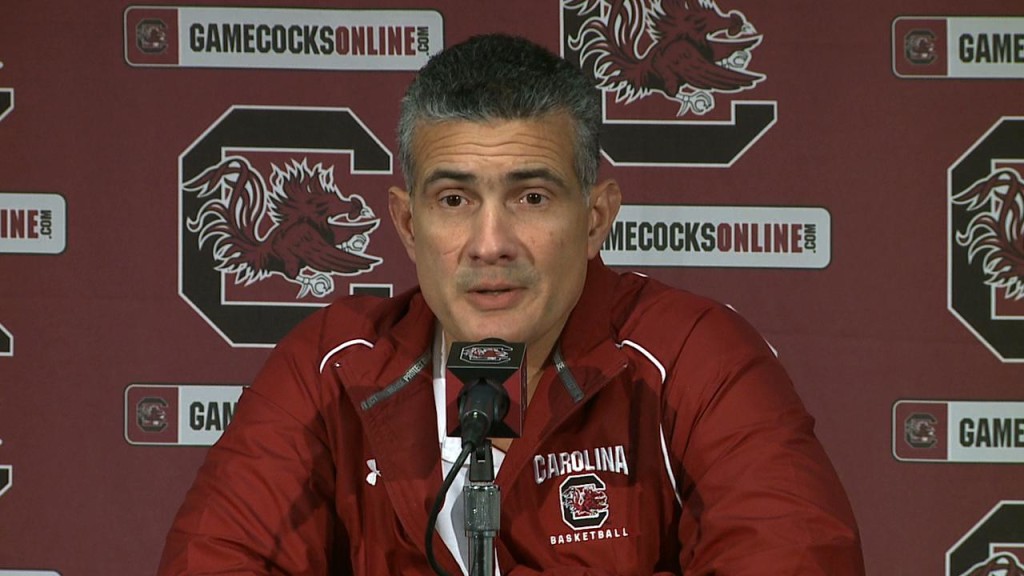 COLUMBIA, S.C. (WOLO) — It’s almost game time for Frank Martin and the South Carolina Gamecocks. Wednesday, Martin held his first weekly basketball press conference as USC gets set to tip off Sunday against Wisconsin-Milwaukee. “I’m just excited that this week is finally here,” said Martin. “Not just excited because you go through a three-and-a-half week period where you just beat each other up every day. But, just excited for the challenges ahead, the challenges that we put arms around starting on March 27th of 2012. I know the kids are excited, the coaches are excited, and we look forward to everything that comes with the season.” USC is coming off their lone exhibition game of the season last week. They defeated Kentucky Wesleyan by just a point, 68-67. Martin says as far as a starting lineup for Sunday goes, nothing will be set in stone for quite a while. “I probably won’t be able to answer that question this Sunday, on the 16th, in December, I’m not good for that. My job is to prepare the team to play every single game. We have an idea, of what of the guys that should play and I’ve got an idea of who deserves to start.” Coach Martin will officially debut as the Gamecocks head coach Sunday versus Wisconsin-Milwaukee. Tip off is set for 3:00PM at Colonial Life Arena.