Thompson on Team: “We Just Trust Each Other” 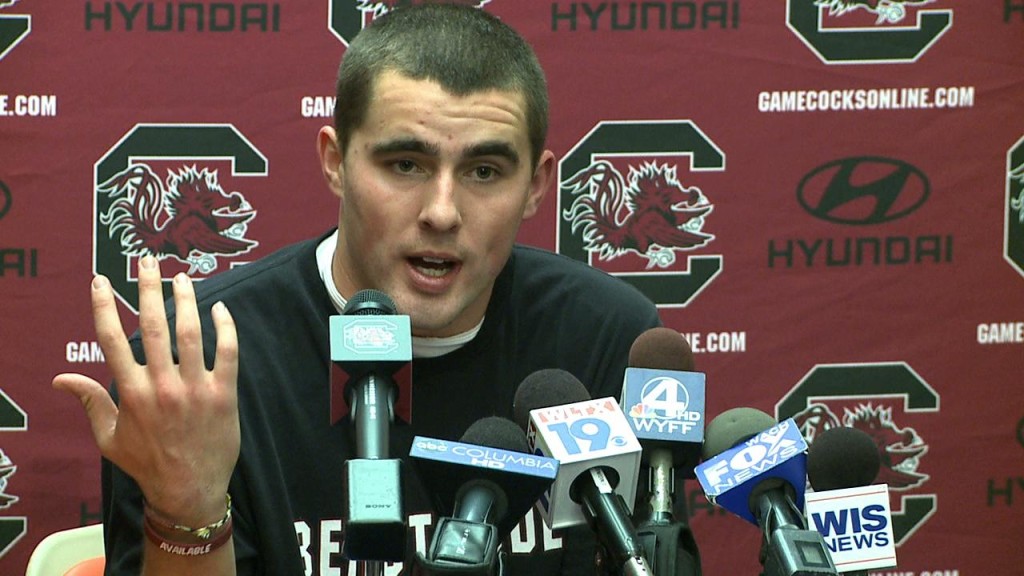 COLUMBIA, S.C. (WOLO) — Following South Carolina’s 27-17 victory over Clemson in Death Valley Saturday night, Dylan Thompson said the Gamecocks’ defense was the “best in the country.” “We just have full confidence in them,” said Thompson. “We just trust each other that’s the biggest thing.” USC’s defense kept Clemson’s offense to a season-low 17 points in the Gamecocks win. Thompson said it was that trust that paved the way for Carolina’s fourth-straight victory over their in-state rival. “This team just trusts each other, like, defensive players came up to me after I threw that interception, ‘We got you, we got you.’ What happens? Brison gets a pick. The trust level on this team is tremendous.”

South Carolina maintains hold on No. 1 in AP poll