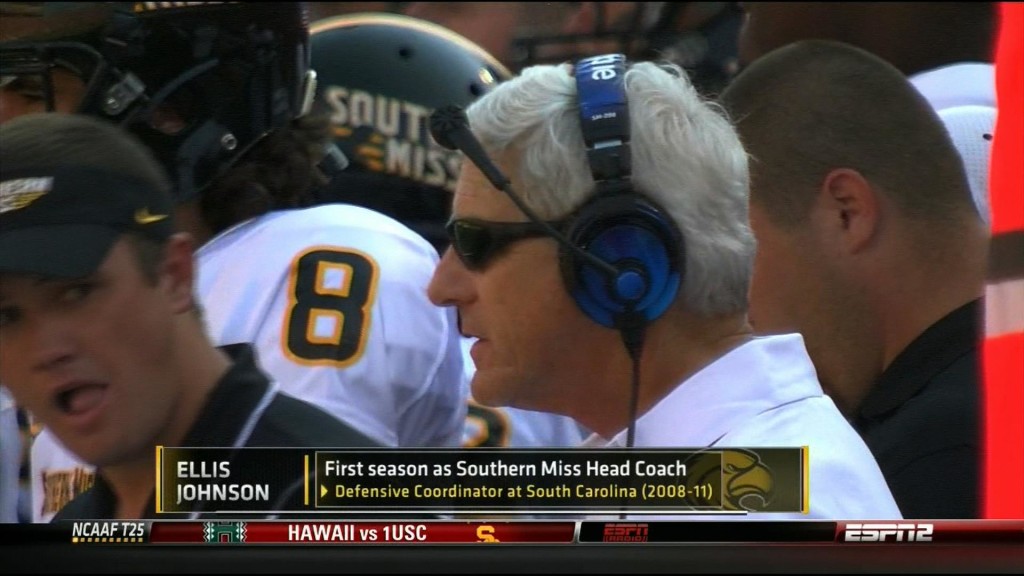 HATTIESBURG, MS. (AP) — Southern Mississippi has fired football coach Ellis Johnson after one winless season. Athletic director Jeff Hammond said in a statement Tuesday that Johnson “will not return in the future as our head football coach.” The 60-year-old Johnson is due a $2.1 million buyout over the next three seasons. The veteran coach has been a successful defensive coordinator at several schools, including South Carolina, Mississippi State, Alabama and Clemson before coming to Hattiesburg, Miss. That experience didn’t translate into success with the Golden Eagles. Southern Miss finished with a 0-12 record one season after a school-record 12-2 finish that included a win in the Hawaii Bowl. The Golden Eagles were the only team in the Football Bowl Subdivision not to win a game this year. Copyright 2012 The Associated Press.