Spurrier: Shaw To Start Against Kentucky 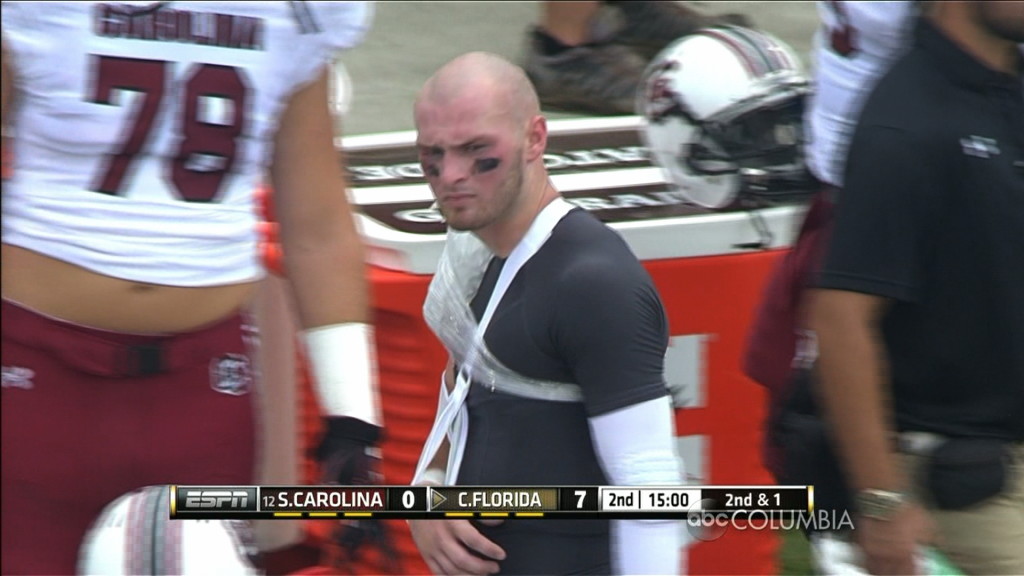 “Looks like Connor is going to be fine,” said the Head Ball Coach. “He was throwing the ball very well today. It looks like he will be the starter and Dylan (Thompson) will probably go in about the third or fourth possession. They both deserve to play we think. We’ll send them both out there and go from there.

“I’m sort of proud of our team right now,” continued Coach Spurrier. “We have the youngest Division I football team in the country with only four scholarship senior guys on the team. They’ve done pretty well. We’ve had some lapses. We’ve almost blown some leads the last couple of weeks. But to be 3-1 is not bad. Hopefully we can learn from some of these mistakes and get better. But these guys are playing hard, playing with a lot of effort. As coaches, we’re proud of what they’ve done thus far.”

The No. 13/12 Gamecocks are continuing their preparations for Saturday’s SEC Eastern Division matchup in Columbia with the Kentucky Wildcats. The game is set for 7:38 p.m. and will be televised by FSN with Bob Rathbun and Tim Couch in the booth and Elizabeth Moreau working the sidelines. The Gamecocks (3-1, 1-1 SEC) and Wildcats (1-3, 0-1 SEC) will play in front of a sold out Williams-Brice Stadium (80,250).

The Gamecocks are scheduled to practice again on Thursday afternoon.