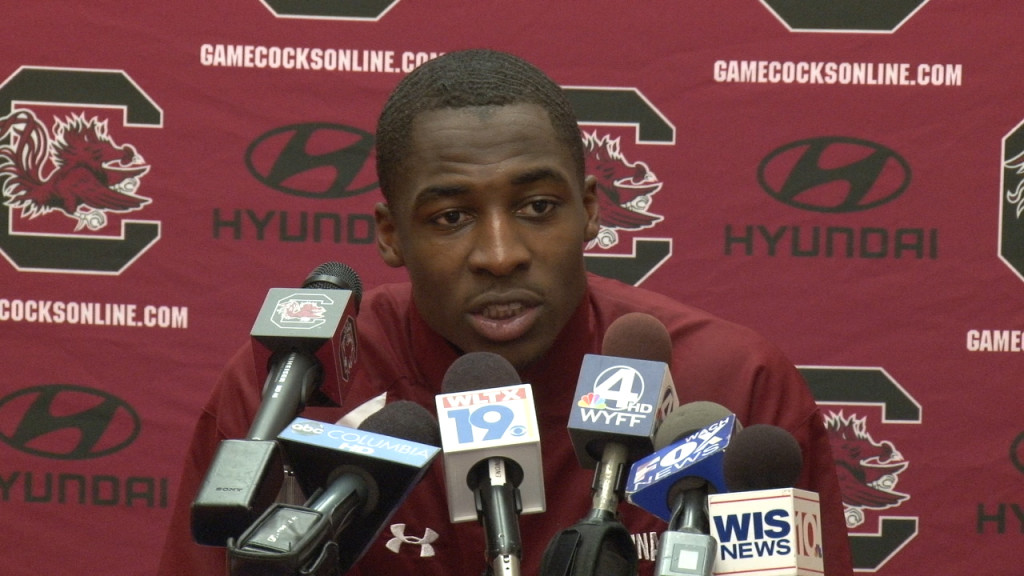 COLUMBIA, S.C. (USC SID) – The No. 11/9 South Carolina football team returned to the Bluff Road practice fields on Wednesdayafternoon. The Gamecocks (5-1, 3-1 SEC) are preparing for Saturday’s SEC matchup with the Tennessee Volunteers (3-3, 0-2 SEC).

Ronald Patrick is “getting better,” said offensive line coach Shawn Elliott. “He got out of his cast this morning. I think it’s feeling pretty decent, so we’re still going to wait and see (if he can play on Saturday).”

The offensive line has played well most of the season. “You’re only as good as your last game,” noted Elliott, “so last week we were pretty decent. If we play decent Saturday, I’ll feel the same way. I try not to look ahead and look behind. We try to continue to get better. Right now we’re headed in the right direction, but it could all go south. We’ve got to stay focused and can’t get overconfident. We’ve just got to go out there and do our job.”

Junior guard A.J. Cann was named to Phil Steele’s midseason All-SEC first team today. Consistency is the biggest attribute he brings to the team, according to Elliott. “I think he’s played well about every game we’ve had. No glaring mistakes, no huge missed assignments. He’s a very, very solid football player. I think a lot of people respect him. I know I do.”

Saturday’s game is set for Noon ET at Neyland Stadium (102,455) in Knoxville. The game will be televised by ESPN, with Dave Pasch and Brian Griese in the booth and Tom Luginbill on the sidelines.