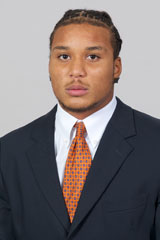 GAINESVILLE, Fla. (AP) — Florida linebacker Antonio Morrison is out for the year, becoming the team’s 10th player to sustain a season-ending injury.

Morrison, who leads the team with 49 tackles, tore meniscus in a knee in Saturday’s 34-17 loss to Vanderbilt.

Without Morrison, Mike Taylor will move to middle linebacker for Saturday’s game at South Carolina and freshman Jarrad Davis will start on the outside.

The Gators (4-5, 3-4 Southeastern Conference) have been ravaged by injuries.

Florida also likely will be without offensive tackle D.J. Humphries against the Gamecocks. Humphries sprained his right knee two weeks ago and is doubtful to play Saturday.