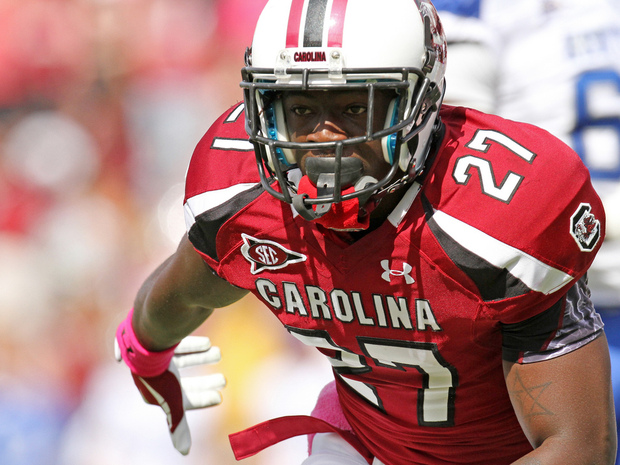 Hampton, a 5-10, 202-pound junior from Darlington, S.C., was outstanding all afternoon in the Gamecocks’ 34-16 win over Mississippi State on Saturday. He was credited with a season-high eight tackles, including six solo stops. He logged three pass break ups, and forced and recovered a fumble. He also deflected a pass that was intercepted. The Gamecock defense forced five Bulldog turnovers on the afternoon, the most since forcing five against East Carolina on Sept. 8, 2012.

Hampton and the No. 13/15 ranked Gamecocks (7-2, -5-2 SEC) will enjoy a bye week this week before returning to action on Saturday, November 16 when they host the Florida Gators (4-4, 3-3 SEC). That game will be played at a sold out Williams-Brice Stadium in Columbia.