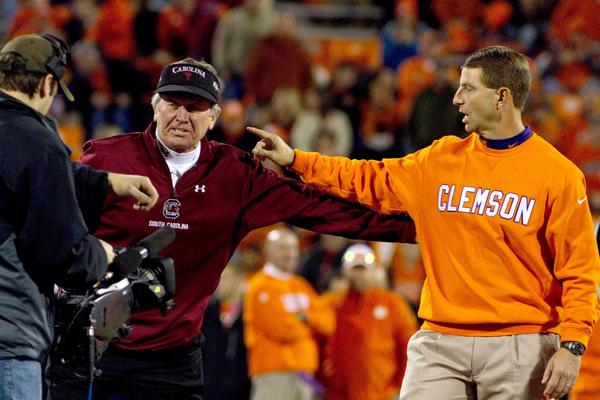 No. 6 Clemson (10-1) plays at No. 10 South Carolina (9-2) on Saturday night. The Tigers are trying to end a four-game losing streak in the rivalry, while the Gamecocks look to continue a school-record 17-game home win streak.

And there’s not much off-the-field spice in the 111th meeting. Instead, it’s been a mutual admiration society headed up by the head coaches.

That hasn’t always been the case. Two years ago, Swinney took exception to a comment wrongly attributed to Spurrier and went on a rant tearing down Gamecocks football.