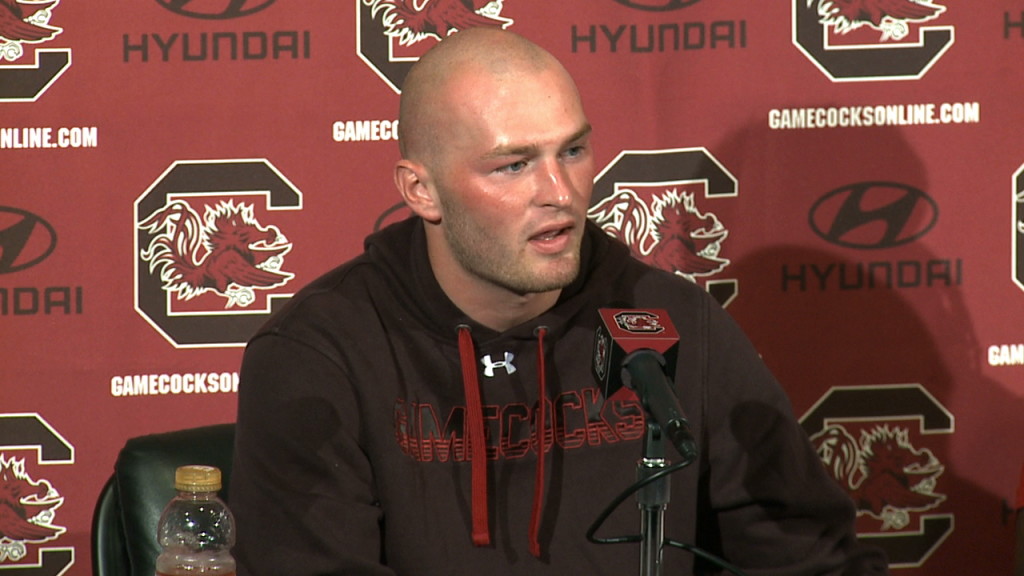 COLUMBIA, S.C. (AP) — Connor Shaw threw for four touchdowns, Mike Davis ran for 128 yards to move past 1,000 yards this season and No. 14 South Carolina tied a school record with its 15th straight home victory, 34-16 over Mississippi State on Saturday.

Shaw matched his personal best for TD throws after missing two days of practice with a virus. Davis, the SEC’s leading rusher, had his seventh game reaching the century mark and became the team’s first 1,000-yard rusher since Marcus Lattimore gained 1,197 yards his freshman season three years ago.

South Carolina (7-2, 5-2 Southeastern Conference) won its seventh in row over the Bulldogs (4-4, 1-3) and tied the record for consecutive victories at Wlliams-Brice Stadium, equaling the mark set from 1978-80.

The Gamecocks will get the chance to break the record in two weeks when they close league play at home against Florida.