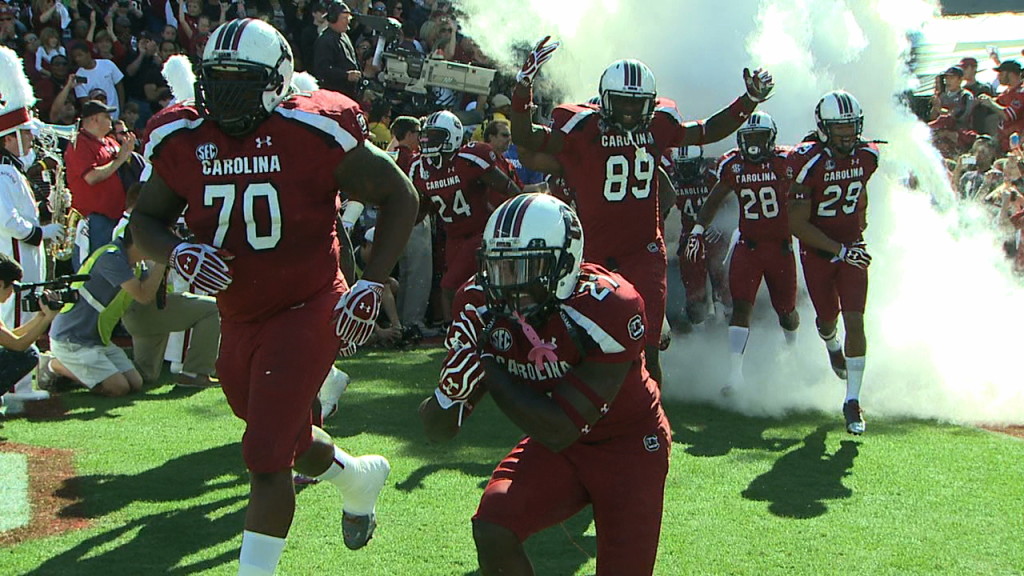 COLUMBIA, S.C (USC SID) – No. 20 South Carolina (5-2, 3-2 SEC) continued workouts at the Bluff Road practice fields Thursday afternoon in preparation for Saturday’s contest at No. 5/7 Missouri (7-0, 3-0 SEC).  Kickoff for the contest is 7 p.m. ET at Faurot Field/Memorial Stadium (71,004).  The game will be televised nationally on ESPN2 and available on the Gamecock Radio Network from IMG College.

Coach Ward noted that freshman safety Chaz Elder returned to practice on Wednesday and will be available to play this weekend at Missouri.  Junior safety Kadetrix Marcus is expected to start at free safety.  Junior defensive tackle Kelcy Quarles should also be available to play.  Sophomore defensive tackle Gerald Dixon Jr. will not play this weekend.

“Chaz brings the element of athleticism, he can run,” noted Ward.  “We expect him to be factor.”

The Gamecock defense has prepared all week for Missouri freshman quarterback Maty Mauk, who was stellar for the Tigers in his first career start throwing for 295 yards with one touchdown pass as well as a rushing touchdown in their win vs. Florida last week.

“He’s very similar to (James) Franklin,” noted Ward.  “He’s been taught their system.  They run the system very well … (Mauk) is probably a better runner than Franklin is.  Franklin is a more physical guy and hard to bring down when he does run the ball.  This young man can run and you saw him outrun some guys vs. Florida going to the corner.