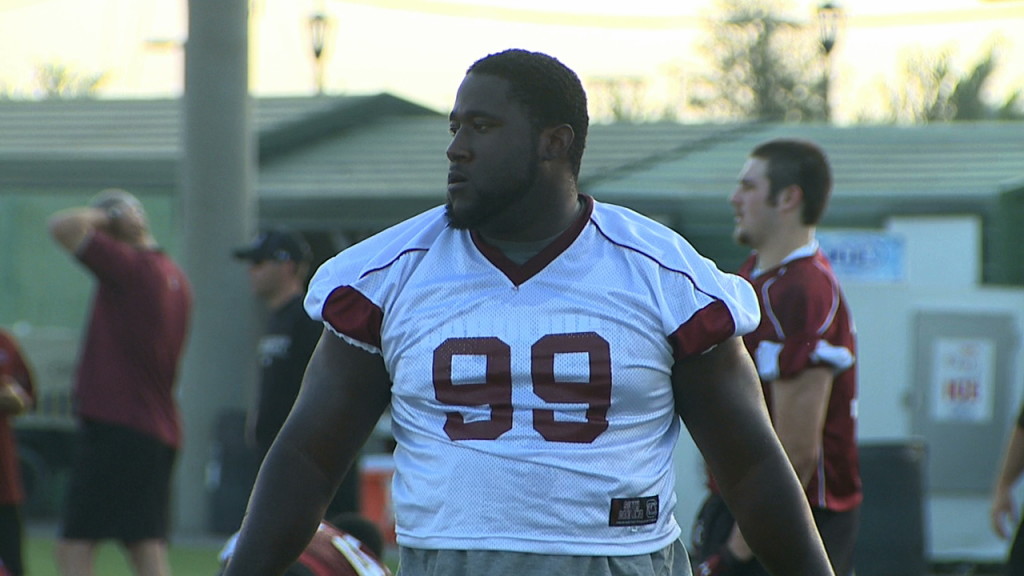 Defensive coordinator Lorenzo Ward said after practice that Kelcy Quarles (concussion) and Brison Williams (bruised forearm) will not playon Saturday. He is hopeful that Jadeveon Clowney (foot) would be available for Saturday’s contest. None of the three practiced on Thursday.

“His foot is bothering him,” Ward said of Clowney. “We practiced him yesterday. I took off again today on him because it got real sore again yesterday. It’s going to bother him the rest of the season. I’ve got to do a good job of resting him. We’re going into the 11th game of the season. If he doesn’t know what we’re doing on defense now, he never knew.”

Ward said that Coastal is similar to Mississippi State in what they run offensively. “Coastal is more of a one-back zone read or zone power team. They play some two-back stuff, too.”

With Williams sidelined, Kadetix Marcus and Chaz Elder will get the starting assignment at the safety positions this week. T.J. Gurley and Chris Moody will be the backups. Philip Dukes is the expected starter at defensive tackle in place of Quarles. He will line up next to J.T. Surratt.

Saturday’s game at a sold out Williams-Brice Stadium (80,250) is scheduled for 1 p.m. start. All seven of Carolina’s home football games this season are considered sellouts. The game will be available on a pay-per-view basis with the Gamecock radio team of Todd Ellis and Tommy Suggs providing the call.

The following cable companies will carry the game. Please contact your local company for pricing and to order the contest.