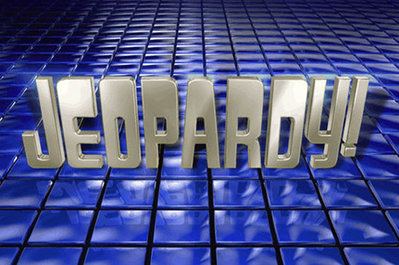 Jeopardy! is a test of knowledge, covering topics such as literature, history and pop culture. Each game consists of three rounds: Single Jeopardy!, Double Jeopardy! and Final Jeopardy! In each round, three competing contestants are given a “clue” in the form of an answer on a computerized gameboard. Players must give a response in the form of a question. The “clues” are sorted by varying degrees of difficulty and are matched by increasing dollar values. Click here to visit the Jeopardy website!