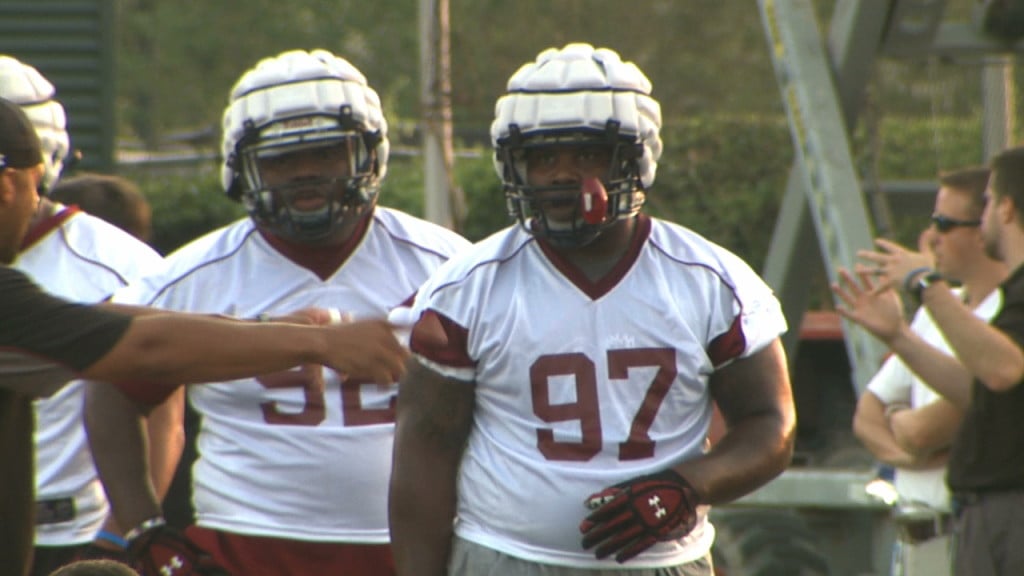 COLUMBIA, S.C. (USC SID) — The South Carolina Gamecocks continued their preparations for Saturday’s SEC Eastern Division battle with the Vanderbilt Commodores on Wednesday afternoon. The No. 14/16 Gamecocks (2-1, 1-1 SEC) and unranked Commodores (1-2, 0-1 SEC) will meet at 7:30 p.m. ET on Saturday at Vanderbilt Stadium in Nashville. The contest will be televised nationally on the SEC Network with Brent Musburger and Jesse Palmer in the booth and Maria Taylor on the sidelines. Defensive tackle J.T. Surratt returned to practice on Wednesday after sitting out Tuesday’s practice with a sore back. Offensive guard Cody Waldrop did not practice on Wednesday as he remains sidelined with a right knee injury. Senior quarterback Dylan Thompson is coming off one of the best game’s of his career in the 38-35 win over Georgia and hopes to build on that this week. “I just try to do my job,” said Thompson. “You just trust in your coaches, trust in the guys around you no matter what. I think we did a good job of that in the game and try to do that in practice and get ready for a tough game this week.” Thompson does not expect a let down this week after last week’s win over the nation’s sixth-ranked team. “We try to forget games when they’re done. We just try to come out here and get better. Vandy’s the next team that we play. We’re excited to go up there for a challenge. We didn’t look too good when we went there last time. We’ll try to go up there and put on a good show.” The Gamecocks will be playing their first road game of the season this weekend. Thompson said he has learned from playing in a hostile environment in the past. “Just be smart with my decisions,” said Thompson. “That’s what I’ll try to do this weekend and every week. The road games in the SEC are tough and that’s what we’re expecting this weekend.”