Watson Gets Test With Louisville Defense 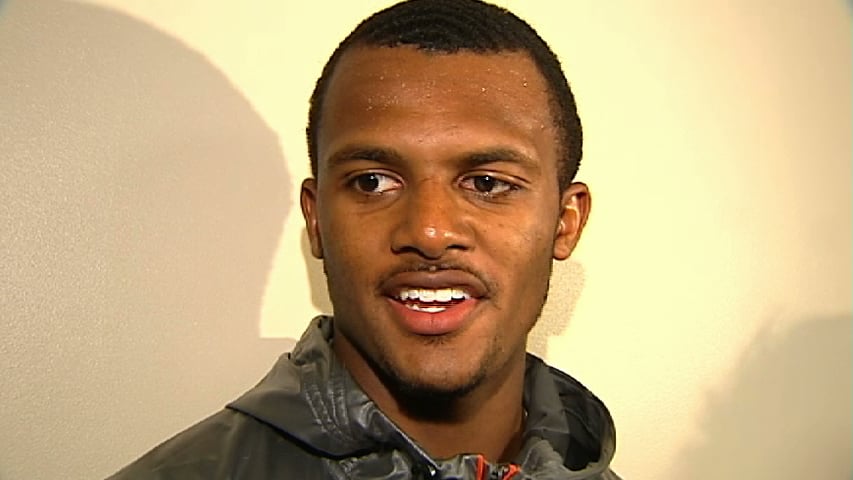 CLEMSON, S.C. (AP) — Clemson coach Dabo Swinney wanted the Tigers freshman quarterback to be tested. Louisville and its No. 1-ranked defense should give Deshaun Watson the challenge his coach wanted. The Tigers (3-2, 2-1 Atlantic Coast Conference) and Swinney have seen their season revived with Watson’s ascension to starting quarterback. The true freshman has run and passed for 1,088 yards and 11 touchdowns the past three games. The Cardinals (5-1, 3-1) figure to have plenty to say about that when they make their first trip to Death Valley on Saturday. Louisville leads the country in giving up 230 yards and one touchdown a game, about 130 yards and two TDs fewer than Watson’s averaged the past three contests. Swinney said Watson has played well so far, but will be challenged by the Cardinals.