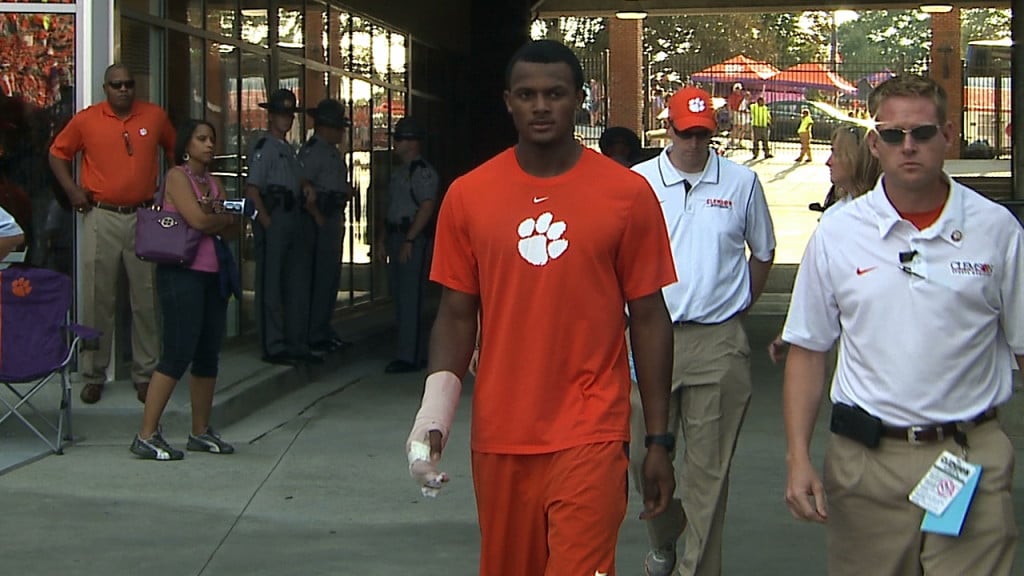 CLEMSON, S.C. (AP) — Clemson coach Dabo Swinney said Sunday that freshman quarterback Deshaun Watson will have four screws put in his finger to heal a small broken bone and will need a month of recovery before returning for the 24th-ranked Tigers. Swinney said Watson would have the procedure Monday. The first-year starter hurt the finger on his right, throwing hand in the second quarter of a 23-17 victory over Louisville on Saturday. The win returned Clemson (4-2, 3-1 Atlantic Coast Conference) to the national rankings. Watson had started the past three games after taking over senior Cole Stoudt early at No. 2 Florida State three weeks ago. Watson’s accounted for 1,093 yards and 11 touchdowns since. Swinney said it was possible Watson could be back for the Georgia Tech game Nov. 15.