Spiller In Good Spirits Despite Injury 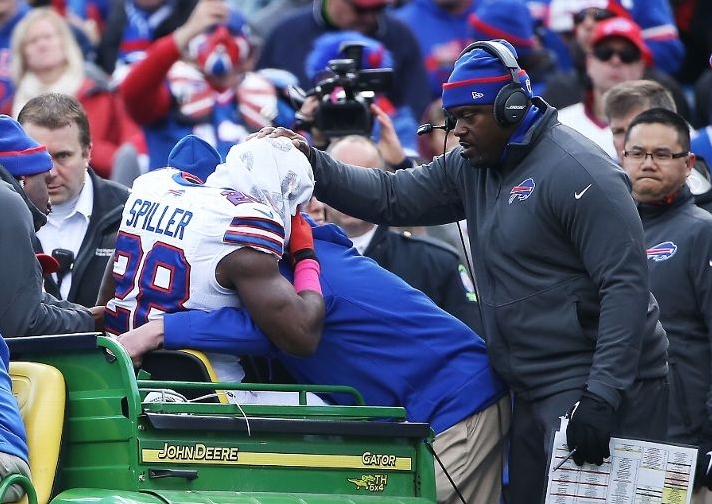 ORCHARD PARK, N.Y. (AP) — C.J. Spiller’s spirits are high even though the Buffalo Bills running back says it’s too early to determine whether his surgically repaired collarbone will be healed before the end of the season. Speaking on Monday for the first time since being hurt two weeks ago, Spiller declined to put a percentage on his chances of playing once he’s eligible to return in Week 16. He was hurt in a 17-16 win over Minnesota, when he was tripped up from behind and landed heavily on his left shoulder. Spiller had surgery the following day and was placed on the reserve injured/designated to return list. Spiller is in the final year of his contract, and says he’s not given one thought about the possibility of having played his final game for Buffalo.