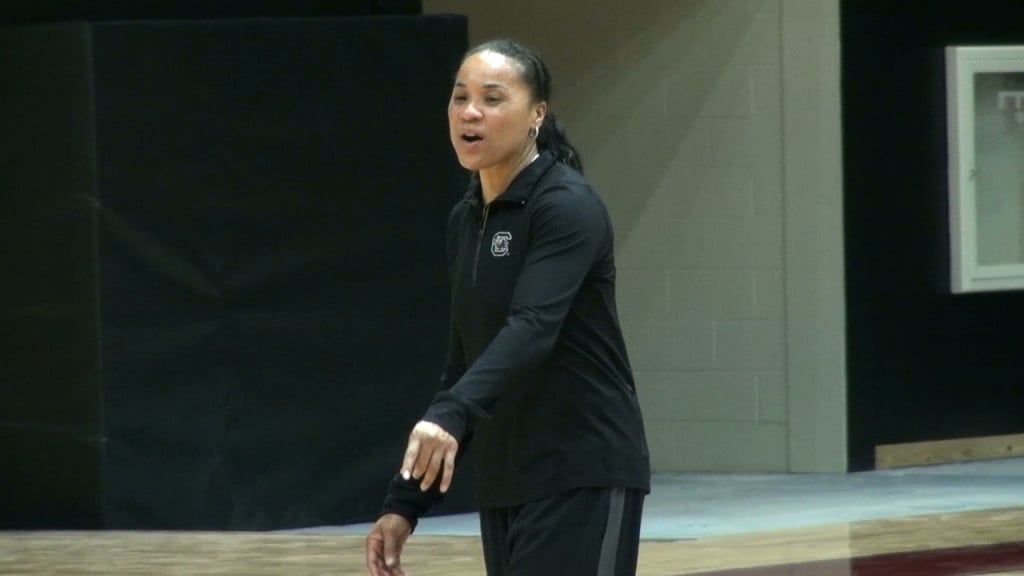 COLUMBIA, S.C. (USC SID) — South Carolina women‘s basketball head coach Dawn Staley announced today the start time for her team‘s season opener against Southern Cal. The Gamecocks and Trojans are set to open the season on Sat., Nov. 15, at 7 p.m. at Colonial Life Arena in a game to be broadcast by SEC Network +, only on WatchESPN through participating TV providers. The two teams had held off announcing the start time until the kickoff time for the Gamecocks‘ football game at Florida had been released (Noon, SEC Network). The game pits a pair of Naismith Memorial Basketball Hall of Fame players against each other now as head coaches. Both Staley and Southern Cal coach Cynthia Cooper-Dyke were international standouts for USA Basketball as part of their hall of fame careers as Staley succeeded Cooper-Dyke as the point guard for the Americans. The Gamecocks and Trojans squared off last season in Los Angeles with the Gamecocks coming back home with a 70-50 victory. South Carolina went on to claim their first SEC regular-season championship, while Southern Cal brought home its first Pac-12 Tournament Championship. Season tickets are available for $50 each for a reserved seat or a Family Four-Pack of four general admission tickets for $100. Single-game tickets are also on sale now and are $7 for adults and $4 for youth (17 and under). Visit www.GameocksOnline.com/tickets or call 1-800-4SC-FANS to purchase tickets.