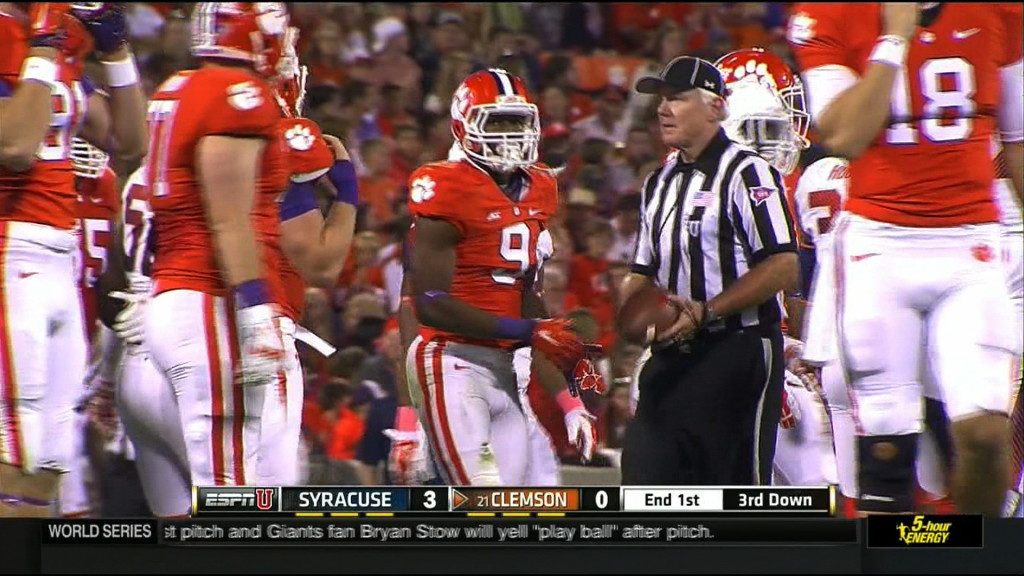 CLEMSON, S.C. (CU SID) — Clemson freshman running back Wayne Gallman has been named ACC Rookie of the Week. Gallman gained 149 yards from scrimmage in Clemson‘s 34-20 win at Wake Forest on November 6. Gallman had his second consecutive 100-yard rushing game, as he had 19 carries for 106 yards, including a 30-yard run for a score in the fourth period that put the game away for the Tigers. He also had four receptions for 43 yards, including a 16-yard scoring pass from Cole Stoudt. Gallman became the first Clemson player to have a touchdown reception and a rushing reception in the same game this year. He also became the first Tiger to have back to back 100-yard rushing games and is the first freshman to do it since C.J. Spiller in 2006. Gallman became the sixth Clemson selection for Rookie of the Week honors. It was his second time this year, while Deshaun Watson and Artavis Scott have also been two time winners this year.