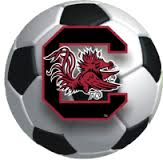 COLUMBIA, S.C. (USC SID) — The South Carolina women‘s soccer team earned its seventh trip to the NCAA Tournament in the last eight years when the 64-team field was announced Monday afternoon. The No. 3 seed Gamecocks will host the first round of the tournament, welcoming Clemson to Stone Stadium on Friday at 6 p.m. It is just the third national seed in program history and the second-straight season South Carolina has earned a No. 3 seed. The Gamecocks are 5-6-1 all-time in the NCAA Tournament. Kickoff is scheduled for 7 p.m. on Friday night at Stone Stadium. It is the fourth time since 2009 that the Gamecocks have hosted an NCAA Tournament game. Friday‘s meeting with Clemson (13-3-2) will be the 21st all-time between the two sides, with the Tigers holding a 12-8-0 edge, including a 1-0 victory at Stone Stadium earlier this season. The Tigers earned an at-large bid into the NCAA Tournament and are ranked in the No. 21 in the nation by both the NSCAA and Soccer America. South Carolina enters the tournament with a 13-5-3 record and is currently ranked 17th in the NSCAA poll. After finishing conference play with a 5-3-3 mark, the Gamecocks earned the fifth seed in last week‘s SEC Tournament. After ousting Missouri 2-1 in the quarterfinals, South Carolina fell to regular season and eventual tournament champs Texas A&M in the semifinals. It took an 87th minute goal from the Aggies to eliminate the Gamecocks 1-0. Stay tuned to GamecocksOnline.com for more details as Friday‘s match approaches. NCAA First Round “¢ Stone Stadium “¢ Columbia, S.C. Fri., Nov. 14 – 6 p.m. ET (3) South Carolina vs. Clemson Ticket Information Adults $8 Children (17 & under)/Students $5 Fans can call the ticket office at 1-800-4SC-FANS.