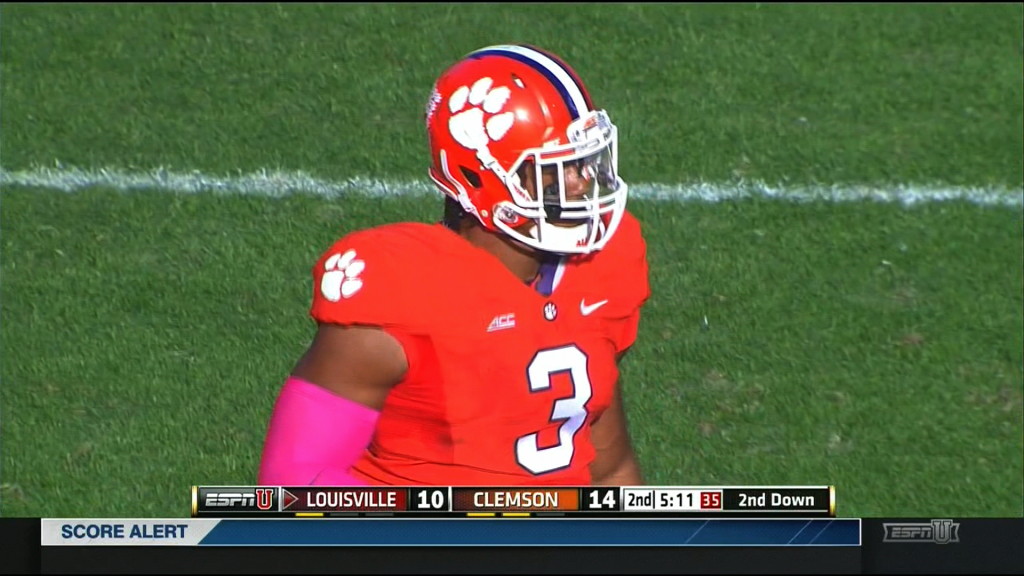 CLEMSON, S.C. (CU SID) — Clemson defensive end Vic Beasley and offensive tackle Kalon Davis were both honored for their respective performances in the Tigers 35-17 victory over South Carolina last Saturday. Beasley was named ACC Defensive Lineman of the Week and Davis was named co Offensive Lineman of the Week. Beasley led the Clemson defense with two sacks and three tackles for loss among his six tackles. On one of his sacks he stripped the ball from South Carolina quarterback Dylan Thompson. Ben Boulware recovered and the Tigers went on to score a touchdown on the ensuing drive, giving Clemson a 14-7 lead. Beasley finished the regular season with 11 sacks and 18.5 tackles for loss, best in the ACC in both categories. Davis had an average film grade of 94 percent and had five knockdown blocks to key a Clemson offense that gained 491 yards and scored 35 points against the Gamecocks. He also had a key block on two rushing touchdowns and did not give up a sack.