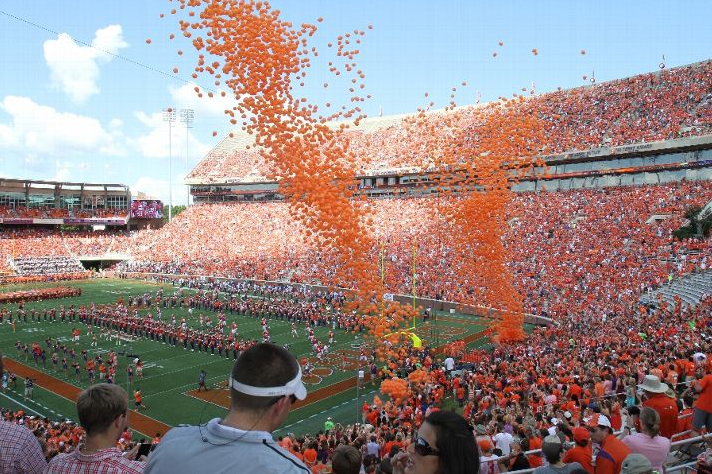 CLEMSON, S.C. (CU SID) — Following the announcement of the 2015 football schedule, the Clemson athletic department, in conjunction with the alumni association, student affairs, IPTAY, the Tiger Letterwinners association and a host of other campus groups, announced the game designations for Clemson‘s home schedule this fall. Season tickets go on sale to IPTAY donors March 2. Those who made a 50 percent donation of their pledge by February 15 receive a priority football season ticket application. Important dates include the annual spring game scheduled for April 11 at 2:30 p.m. and First Friday on September 4. The home season kicks off September 5 against Wofford, designated as Youth Day. Family Weekend is slated for the September 12 game against Appalachian State, while IPTAY Day will be celebrated during the October 3 game vs. Notre Dame. Hall of Fame weekend will take place on the October 10 Georgia Tech game and homecoming is set for the October 17 clash with Boston College. The November 7 match-up with Florida State is designated as the Solid Orange game. The final home game of the season on November 21 with Wake Forest has been selected as Senior Day and Military Appreciation Day along with the annual Purple Out.