(5) Gamecocks Even Series with Clemson 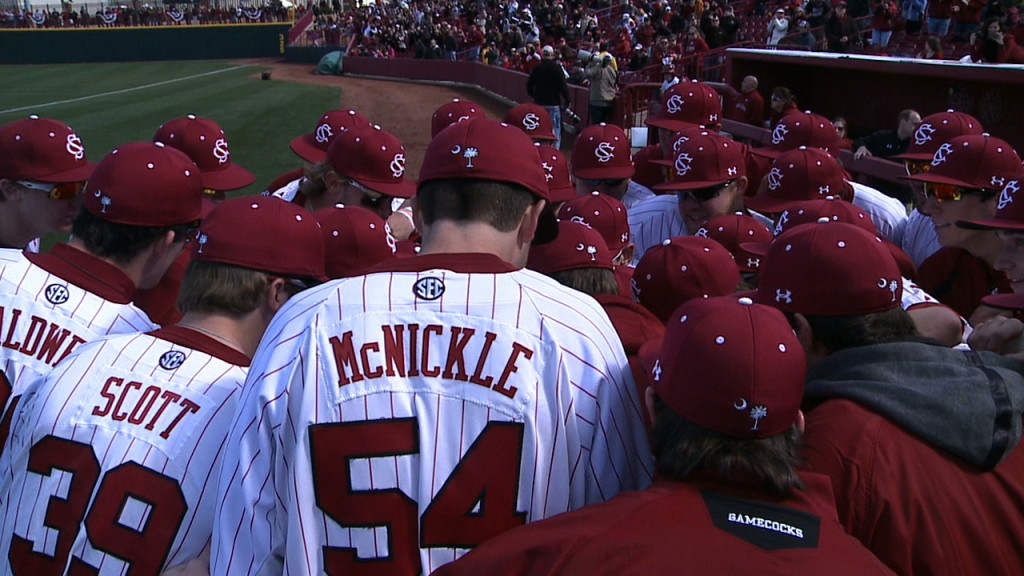 GREENVILLE, S.C. – Jack Wynkoop worked six-plus innings allowing just one run and Clarke Schmidt and Taylor Widener added three scoreless innings of relief as fifth-ranked South Carolina defeated Clemson 4-1 on Saturday afternoon. The Gamecocks improve to 7-2 on the year, while the loss drops the Tigers to 6-3. Wynkoop earned the win for the Gamecocks and improves to 2-1 on the year while Clemson starter Zack Erwin suffers the loss and falls to 1-1. Wynkoop allowed just five hits with two walks and seven strikeouts. Erwin allowed four runs, three earned, on seven hits with five strikeouts. Widener picked up his third save of the year with two scoreless innings of relief and five strikeouts. Tyler Krieger‘s RBI double in the top of the first scored Reed Rohlman for the Tiger‘s only run of the game. The Gamecocks plated three runs in the bottom of the second. Connor Bright led off with a double down the left field line and quickly came home on Alex Destino‘s RBI double. Hunter Taylor followed with a single to put runners on the corners for Jordan Gore, who drove in Destino with a RBI fielder‘s choice. Gore then scored on Elliott Caldwell‘s two-out RBI single. South Carolina added another run in the third inning, as Kyle Martin was able to score on Taylor‘s RBI groundout. Clemson looked to score in the seventh inning with the bases loaded and no outs but Schmidt worked out of the jam with a strikeout of Tyler Slaton and then coaxed Rohlman to ground into a 6-4-3 double play to keep the Gamecocks ahead three runs. GAME CHANGER Back-to-back doubles from Bright and Destino sparked a three-run inning for the Gamecocks. KEY STAT Three South Carolina pitchers combined for nine innings, allowing just one run on seven hits and three walks, while striking out 13 batters. NOTABLES “¢ Gene Cone has hit safely in all nine games this season. He has a 10-game hitting streak dating back to last year. “¢ Seven of nine starters tallied a hit against the Tigers. “¢ Kyle Martin is has an eight-game hitting streak. “¢ Gore tallied his team-leading 10th RBI this season. UP NEXT South Carolina and Clemson will face off in the series finale on Sunday at Carolina Stadium. First pitch is set for noon and the game will be televised on the SEC Network. It can also be heard on the Gamecock IMG Network including flagship station, 107.5 FM, “The Game.”