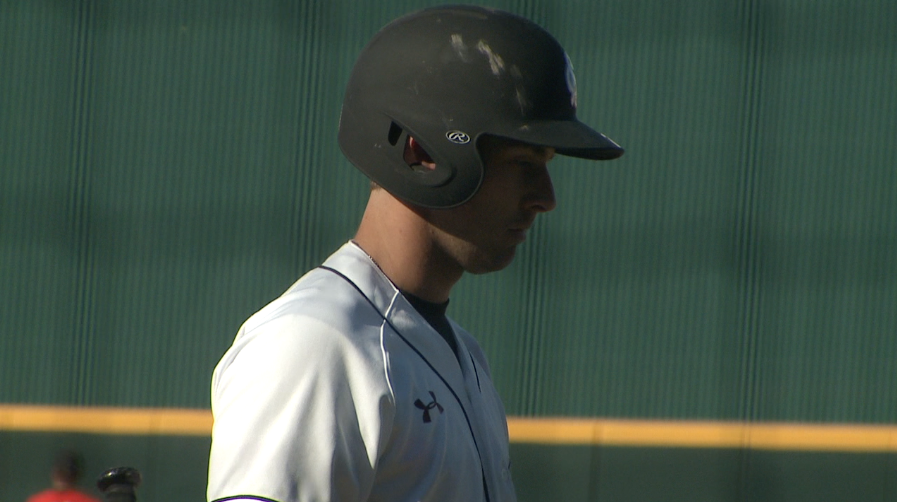 COLUMBIA, S.C. – Georgia raced out to a 4-0 lead in the first two innings and despite a two-run homer by Kyle Martin and a late Gamecock rally the Bulldogs defeated seventh ranked South Carolina 4-3 on Saturday afternoon. Georgia is now 18-10 and 5-3 in the SEC with the Gamecocks dropping to 18-9 and 4-4 in league play. Georgia would take advantage of a Gamecock error to go ahead 2-0 in the top of the first inning. Skylar Weber reached base on a one-out throwing error and Zack Bowers was hit by a pitch to give the Bulldogs a pair of runners. Jared Walsh would drive in Weber with a RBI single and Trevor Kieboom added a two-out RBI base hit. The Bulldogs increased their lead to 4-0 in the top of the second inning. Weber drove in a run with a RBI single and Bowers set down a successful safety squeeze. The Gamecocks cut the Bulldogs lead to three runs in the fourth inning. Jordan Gore singled with one out, advanced to second on a passed ball and reached third on a wild pitch. DC Arendas would draw a one-out walk to give the Gamecocks runners on the corners. With two outs, Gene Cone would belt a RBI single into right field scoring Gore. It would remain that way until the ninth inning when Gene Cone led off the ninth with a walk. With one out and Cone on first base, Martin launched his team-leading fifth homer over the right field wall to cut the deficit to one run. Down to the last out, the Gamecocks kept fighting as Alex Destino singled and pinch runner Clark Scolamiero stole second to get into scoring position. Georgia reliever Sean McLaughlin was able to get out of the jam on a groundout to short off the bat of Logan Koch to end the game. McLaughlin earned the win after 4.1 innings of relief allowing two runs on four hits with two walks and five strikeouts. Gamecock starter Reed Scott suffered the loss and is 0-1 on the season. Scott allowed four runs, two earned, on seven hits in seven innings with six strikeouts and three walks. Right-hander Preston Johnson recorded six outs with six strikeouts in two scoreless innings of relief for the Gamecocks. Gene Cone went 3-for-4, Kyle Martin went 2-for-4 and Jordan Gore was 2-for-3 to lead the Gamecocks at the plate.