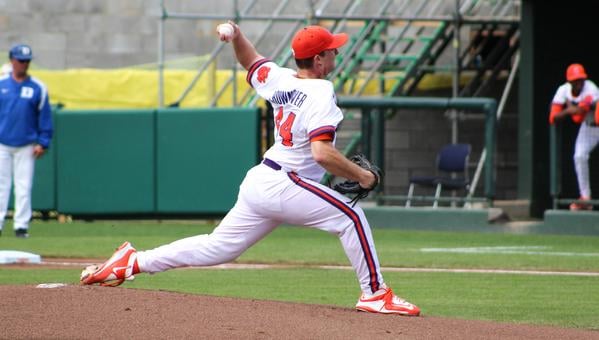 CLEMSON, S.C. (CU SID) — Clemson’s Matthew Crownover and Florida State‘s Boomer Biegalski garnered ACC Co-Pitcher-of-the-Week accolades, announced Monday by the ACC office. Crownover, who earned the ACC honor for the second time in 2015 and third time in his career, picked up another win in Clemson‘s 9-1 victory over No. 3 Louisville on Saturday. In 7.0 innings pitched, he allowed just five hits (all singles) and one run with four strikeouts. On the season, the junior from Ringgold, Ga. is 8-1 with a 1.22 ERA and .182 opponents‘ batting average along with 78 strikeouts against 29 walks in 81.0 innings pitched over 12 starts. He also has 23 career wins, tied for 10th most in school history.